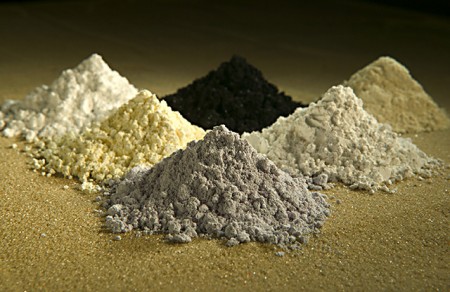 Brazil’s state-run oil company Petrobras and mining giant Vale are in talks over a rare earths deal that would allow Vale to replace China as Petrobras’ supplier of lanthanum oxide for oil refining, sources close to the negotiations said.

The deal is part of a series of recent ventures involving Brazil’s two biggest companies, which highlights a major expansion of their previously limited cooperation in mining, oil and logistics.

Vale wants to secure a long-term supply contract from Petrobras for around 900 tonnes of lanthanum oxide a year, one of 17 minerals that are classified as rare earths, which would cut China out of the deal.

China currently supplies Petrobras with the raw material, used as a catalyst in refining crude into gasoline, at about $50,000 a tonne. Vale expects to supply Petrobras with lanthanum for around $20,000 a tonne, sources who did not want to be identified said.

Prior to 2010, when China restricted exports of its rare earths, lanthanum sold for about $5,700 a tonne. The country has a near monopoly on production of rare earths which are essential to the modern global economy. The minerals are used in all sorts of cell phone, television, computer and military technology.

Officials at Petrobras and Vale had no comment on the talks.

The two companies are also studying the export of large deposits of rare earths from Brazil that Vale had acquired from multinational food producer Bunge Ltd.

Vale, the world’s largest iron ore miner, is studying the viability of producing rare earths from the mineral deposits in Araxa in Minas Gerais state and Catalao in Goias state.

The development of rare earths production in Brazil will require large scale investments, which Vale and Petrobras are well-suited to carry out, but Vale wants a long-term supply contract from Petrobras before moving ahead with some investments, the sources said.

Petrobras and Vale on Monday signed a deal for Vale to produce potash from one of Petrobras’ oil blocks in the northeastern state of Sergipe.

General Manager at Craig Hill Training Services * Get an Australian diploma by studying in your own country * Get an Australian diploma using your overseas study and work experience * Diplomas can be used for work or study in Australia and other countries. * For more information go to www.craighill.net
View all posts by Craig Hill »
« Wall comes down briefly for Facebook users
How Many Fugitives are There in China? »