Russia, China to announce progress on fund during Li visit 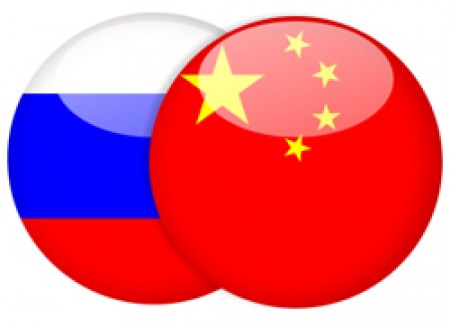 Russia and China will announce progress on a joint investment fund during a visit by the man expected to be China’s next premier, while their leaders hinted on Friday at differences behind a show of amity and common ground on global issues.

Chinese Vice Premier Li Keqiang, who is on track to succeed Premier Wen Jiabao this autumn, met Russian President-elect Vladimir Putin and outgoing President Dmitry Medvedev during a trip that will also take him to Hungary and Belgium.

Progress raising capital for a $4 billion fund seen as a boon for Russia’s efforts to attract Chinese investment is to be announced at a conference attended by Li on Saturday.

Plans for the fund – a venture between sovereign wealth fund China Investment Corp and a Russian state vehicle – were announced in October and it is expecting to clinch its first deal in the summer.

“We see an opportunity to expand (the fund) because of other (investors around the world) exhibiting interest in participating,” Kirill Dmitriev, CEO of the Russian Direct Investment Fund told Reuters in an interview on Friday.

The fund plans to announce that the venture will finalise its ‘first closing’ with $2 billion raised in June, said Dmitriev. “In June we will form it, and then in July/August we will do the first deal.”

Dmitriev said he anticipates it will take about 18 months to expand the Russian-Chinese investment fund to $4 billion, with the balance of the capital raised from external investors including others from China.

It is expected to invest 70 percent of its funds in Russia and up to 30 percent in China, he said, adding that “the pipeline of potential deals for this fund includes industries such as forestry, machinery (and) logistics.”

Li held separate talks with Prime Minister Putin and Medvedev, who are to trade places next month. In power since 2000, Putin won a March presidential election and will be sworn in to a six-year term on May 7.

Russia and China, veto-wielding permanent U.N. Security Council members, use their clout to blunt U.S. power. They have moved in lockstep on Syria, vetoing a Security Council resolution that would have called for President Bashar al-Assad to cede power but supporting Kofi Annan’s peace plan.

At the same time, they compete for influence in Central Asia and struggle to hash out differences over energy supplies despite an apparent natural fit between Russia and the world’s fastest growing energy consumer.

Meeting at Putin’s residence outside Moscow, he and Li called the nations close friends but hinted at differences.

Li said through a translator that the “road is not always even but I am sure that as good friends, neighbours and partners we will always be able to find a solution and achieve success.”

Putin said that “as always in the course of big work there are issues which require additional attention, but we have learned to do it the way close friends do. We are looking for compromises and are finding them.”

Talks on Russian pipeline gas supplies to China fell apart late last year when China opted for additional deliveries from Turkmenistan, a rival producer in Central Asia, after years of stalemate over price.

Russia, in turn, is now shifting the focus of its Asian gas strategy toward liquefied natural gas, which is more expensive to deliver but can be sold to any buyer, unlike pipelines which bind seller and buyer.

The CEO of Russian gas monopoly Gazprom met China National Petroleum Corp (CNPC) chairman Jiang Jiemin in Moscow to discuss oil and gas supplies to China among other things, Gazprom said, but no agreements were announced.

Meeting Medvedev, Li said it was on his first visit to Russia since he joined China’s national government in 2007 and praised “colossal changes for the better”, saying he had seen “new Russian cities and towns” from his airplane window.

Putin has shrugged off warnings from politicians and analysts that faster-growing China may be a threat to Russia.

In an article in February, he said China is less aggressive globally than the United States and that “the growth of China’s economy is not a threat at all but a challenge that carries with it a colossal potential for business cooperation.”

General Manager at Craig Hill Training Services * Get an Australian diploma by studying in your own country * Get an Australian diploma using your overseas study and work experience * Diplomas can be used for work or study in Australia and other countries. * For more information go to www.craighill.net
View all posts by Craig Hill »
« China’s space know-how threat to U.S., Taiwan
People’s Daily boss tells of paper’s role in Bo saga »

3 thoughts on “Russia, China to announce progress on fund during Li visit”