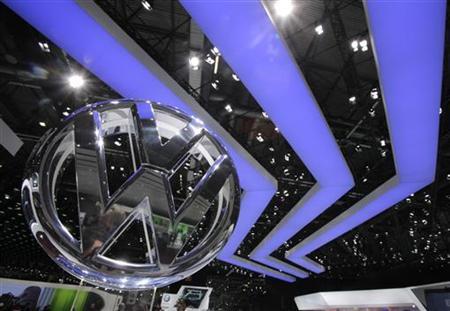 Volkswagen elevated China‘s status within its sprawling empire and reasserted control over its wayward trucks brands with an extensive overhaul of senior management on Saturday as it bids for global market dominance.

The company created a management board position dedicated solely to China – it’s single largest market – which will be filled by Jochem Heizmann, who has been heading up the group’s commercial vehicles businesses.

Volkswagen was the first overseas carmaker to enter China three decades ago, and with its two local partners is investing 14 billion euros ($17.3 billion) up to 2016 to build factories around the country.

It has been scooping up brands like Scania, MAN, Porsche and Ducati in recent years as part of an effort to overtake General Motors and Toyota at the top of the industry by 2018.

“Our company has grown strongly and become more international in recent years. This fundamental reorganization is the right response to the increasing challenges,” Volkswagen Chief Executive Martin Winterkorn told reporters at a news conference in Stuttgart.

Officials say the restructuring is necessary to better control the company’s remarkable growth. Since grabbing the reins in January 2007, Winterkorn has transformed Volkswagen from a company selling 5.7 million vehicles a year to nearly 8.4 million.

“They’re admitting that China is so unique a market that they can’t manage it together with the other businesses – it’s not a different country, it’s a different planet. You need to treat China independently from the rest and not tether it to the mothership,” said industry analyst Christoph Stuermer from IHS Automotive.

Heizmann, a manufacturing expert, will have the job of expanding Volkswagen’s business in China, where the group sold 2.3 million vehicles last year.

“We need someone who can serve as a representative to the Chinese government and take some of the burden off of Winterkorn,” a company source told Reuters on Friday.

Karl-Thomas Neumann, the former head of auto parts supplier Continental, has so far been heading up Volkswagen’s operations in China, but not as a member of the management board.

“We will look for new tasks within the company for Neumann,” said Winterkorn at the press conference.

It’s unclear whether Neumann will stay with the company. Analysts have named him as a possible candidate to replace Winterkorn when the CEO’s contract expires at the end of 2016.

Heizmann’s previous responsibilities on the board will be taken over by Leif Ostling, the Chief Executive of Swedish truckmaker Scania, bought by Volkswagen in 2008.

Ostling will be in charge of more closely integrating Scania with German truckmaker MAN SE, which Volkswagen took a controlling stake of last year.

“It will be my task to take part in this development, to coach and make sure we reach results in this,” he told Reuters on Saturday.

Incoming Scania CEO Martin Lundstedt said that working with MAN would help the Swedish truckmaker reduce its investment spending even as the company sticks to its current strategy focused on the high-margin premium end of the truck market.

“There are a number of projects within purchasing and technology where we see opportunities to cooperate to strengthen positions,” he said in an interview with Reuters on Saturday.

“The products are complex and lead times are fairly long, so we’re looking at when is the right time to introduce new (innovations) for example,” Lundstedt added.

By better linking operations at the two former rivals, the company expects to fetch about 200 million euros annually in extra revenue and profit, Winterkorn said.

Volkswagen patriarch Ferdinand Piech once told MAN shareholders an alliance between the two could help generate synergies of as much as 1 billion euros, so the latest figure illustrates how slow progress has been.

Shares in MAN were the only gainers among German blue chip companies on Friday, as investors speculated Volkswagen would extend its control over MAN by buying more shares and potentially launching a domination and profit transfer agreement.

General Manager at Craig Hill Training Services * Get an Australian diploma by studying in your own country * Get an Australian diploma using your overseas study and work experience * Diplomas can be used for work or study in Australia and other countries. * For more information go to www.craighill.net
View all posts by Craig Hill »
« China’s investigation of Bo Xilai extends to State Security Ministry spy scandal
Asia to be base for 60 pc of U.S. fleet; China welcomes move »