North Korea Tests the Patience of Its Closest Ally, China 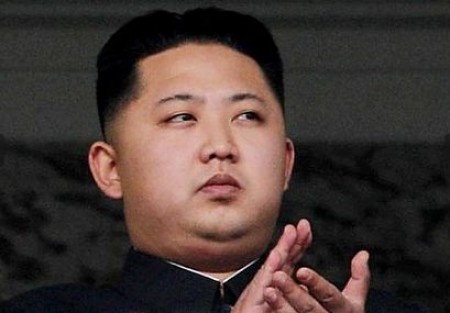 As Kim Jong-un, the young leader of North Korea, consolidates his grip on power, China is showing signs of increasing frustration at the bellicose behaviour of its longtime ally.

Since succeeding his father, Kim Jong-il, six months ago, Mr. Kim has quickly alienated the Obama administration and put North Korea on track to develop a nuclear warhead that could hit the United States within a few years, Chinese and Western analysts say.

Most surprising, though, is how Mr. Kim has thumbed his nose at China, whose economic largess keeps the government afloat. For example, shortly after Mr. Kim took over, a Chinese vice minister of foreign affairs, Fu Ying, visited Pyongyang, North Korea’s capital, and sternly warned him not to proceed with a ballistic missile test. The new leader went ahead anyway.

Now, the Obama administration and the Chinese government, who warily consult each other on North Korea, are waiting to see if Mr. Kim will follow in his father’s footsteps and carry out a nuclear test, which would be North Korea’s third. The previous tests were in 2006 and 2009.

This month, the North Korean news agency said there were no plans for a third test “at present,” a statement analysts said suggested Mr. Kim was just waiting for a moment that better suited him.

“We have made this absolutely clear to them; we are against any provocation,” Cui Tiankai, another Chinese vice minister of foreign affairs, said in a recent interview when asked about a possible third nuclear test by North Korea. “We have told them in a very direct way, time and again, we are against it.”

Asked why China did not punish North Korea for its actions, Mr. Cui replied: “It’s not a question of punishment. They are a sovereign state.”

China backed sanctions against North Korea at the United Nations Security Council after the first two nuclear tests, he said. “If they refuse to listen to us,” he added, “we can’t force them.”

Mr. Kim’s erratic behaviour unfolded early on. In late February, his government signed an agreement with the United States to freeze its nuclear weapons and ballistic missile programs, giving hope that he would turn out to be more open to change than his father. But six weeks later, Mr. Kim ripped up the accord and, without informing China, ordered the missile test that Washington viewed as a test run for launching a nuclear weapon.

The missile test, in April, was a failure, but that did little to alleviate concerns within the Obama administration that Mr. Kim was intent on pushing ahead with its nuclear weapons program. “The North is on track to build a warhead that could in a few years hit any regional target and eventually the United States,” said Evans J. R. Revere, a former United States principal deputy assistant secretary of state for East Asian and Pacific affairs.

Since the failed missile test, Mr. Kim has formalised North Korea as a “nuclear armed state” in the Constitution, another signal that the government has no intention of giving up its nuclear program, Mr. Revere said. With virtually no contact between the United States and North Korea, Mr. Revere argued, it is time for Washington to toughen its approach.

In a series of quick manoeuvres, Mr. Kim, whose exact age is not known (he is believed to be 28 or 29), assumed the mantle of power immediately after his father’s death and cast aside early assumptions that his tenure would be a regency largely run by his elderly relatives.

The China News Service, a state-run agency, headlined an article last week: “Smooth transfer of power six months after Kim Jong-il’s death. North Korea enters era of Kim Jong-un.” The top North Korean Army generals, some of them in their 80s, have joined ranks around Mr. Kim, presenting a unified command, said Daniel A. Pinkston of the International Crisis Group in Seoul, who has written a forthcoming report by the group on North Korea.

At a congress of the ruling Communist Party in April, members of the Kim family were appointed to senior positions in the Politburo. The new appointees included Kim Kyong-hui, a younger sister of Mr. Kim’s father. Her husband, Chang Song-taek, also won a spot on the Politburo.

“There are no indications of any opposition to the transfer of power in the party, state or military,” Mr. Pinkston said. “Although many North Koreans are dissatisfied with the government, the barriers to collective action make it very risky and nearly impossible to organise any resistance.”

To recover from the embarrassment of the failed missile test, Mr. Kim unleashed a bellicose warning to South Korea in late April, threatening that a “special operations action” team would “reduce to ashes the rat-like” leadership of President Lee Myung-bak.

In contrast to his taciturn father, Mr. Kim has been seen more in public, particularly with students and children, a propaganda campaign intended to present a more benign image to an impoverished and embittered population.

On the basis of his years at a Swiss boarding school, Mr. Kim was thought by some analysts to be a potential economic reformer. These assumptions have turned out to be misplaced, and the new leader has shown no interest in following the advice of China to open up the economy, even in a modest way.

Despite Mr. Kim’s obstinacy, China keeps the economy from collapsing. Right after Mr. Kim assumed power, for example, China gave North Korea 500,000 tons of food and 250,000 tons of crude oil, according to the International Crisis Group report. That helped overcome what a German aid official, Wolfgang Jamann, said in Beijing on Friday was the worst drought in 60 years. His organisation, Global Food Aid, has run a food program in North Korea since 1997.

“If it continues not to rain, it would be a problem,” said Mr. Jamann, who just returned from a trip to North Korea.

So far, though, the aid seems to have prevented disaster. According to South Korea’s Foreign Ministry, food shortages, while still grim in many rural areas, do not seem as serious as might be expected, given the drought.

China’s generosity has not bought it immunity against North Korean rancour. More than two dozen Chinese fishermen were held captive for two weeks by North Korea in May. After their release, one of the fishermen described how his boat was boarded by North Korean Navy men brandishing guns.

After “13 days in hell,” the fishermen were released, according to interviews in the Chinese news media. But not before the boats and men were stripped, the men to their underpants, the fisherman said.

Such behaviour ignited protests on Chinese Web sites, and normally calm Chinese analysts who follow North Korea said they were infuriated by the indignities. “I was disappointed in our government’s soft line during the incident with the seized boats,” said a Chinese analyst who spoke on the condition of anonymity for fear of angering his superiors.

Nonetheless, senior Chinese officials “dare not use China’s economic leverage” against North Korea, said Shi Yinhong, a professor of international relations at Renmin University in Beijing. That is because a collapse of the North Korean government could result in a united Korea allied with the United States, which would be a nightmare scenario for China, Mr. Shi said.

Indeed, as China becomes more concerned about what it sees as the United States’ stepped-up containment efforts against China — including the positioning of more warships in the Pacific — the less inclined it is to help the United States on North Korea, said Yun Sun, a China analyst in Washington.

“China will not help the U.S. and South Korea solve the North Korea problem or speed up a China-unfriendly resolution, since China sees itself as ‘next-on-the-list,’ ” she wrote in an article last week for the Center for Strategic and International Studies in Hawaii, where Pacific Command, the arm of the American military overseeing the increased United States naval presence in the Pacific, is located.

And over all, there are unyielding historical reasons for China’s protectiveness toward North Korea, said an experienced American diplomat and expert on China.

“Beijing disapproves of every aspect of North Korean policy,” J. Stapleton Roy, a former United States ambassador to China and now vice chairman of Kissinger Associates, wrote in an article this month, also for the Centre for Strategic and International Studies.

But with long memories of both the Korean War and how Japan used the peninsula to launch its invasion and occupation of much of China from 1937 to 1945, “Beijing has an overriding security interest,” Mr. Roy wrote, “in maintaining influence in Pyongyang and in not permitting other powers to gain the upper hand there.”

General Manager at Craig Hill Training Services * Get an Australian diploma by studying in your own country * Get an Australian diploma using your overseas study and work experience * Diplomas can be used for work or study in Australia and other countries. * For more information go to www.craighill.net
View all posts by Craig Hill »
« Officials rounded up for economic crimes in Guangdong, China
Brazil, China to Sign $30 Billion Currency Swap Agreement Soon »

3 thoughts on “North Korea Tests the Patience of Its Closest Ally, China”