China, Vatican spar over ordination of bishop; no papal approval 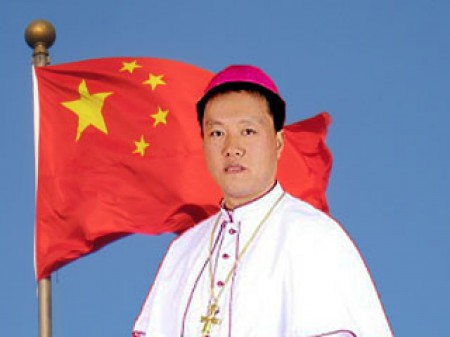 China and the Vatican are again sparring over the ordination of a new bishop, underscoring the glaring lack of progress toward resolving the most contentious issue dividing the sides.

A statement issued Wednesday by China’s State Bureau of Religious Affairs accused the Holy See of obstructing the development of Catholicism in China by wielding the threat of excommunication over the ordination of a new bishop of the northern city of Harbin.

“We urge the Vatican to rescind the so-called ‘excommunication’ threat and return to the correct position of dialogue,” the statement said.

That followed a note from the Congregation for the Evangelization of Peoples in Rome stating that China’s candidate, the Rev. Yue Fusheng, did not have papal approval and risks excommunication if he agrees to be ordained, along with any bishops participating in the ceremony.

Without papal approval, “divisions, wounds and tensions are created within the Catholic community in China,” the note said, according to the Vatican-linked website AsiaNews.

Bishops, priests and parishioners are reluctant to attend the ceremony, expected to be held Friday, and security is tight around the Harbin church, AsiaNews said. Those claims could not immediately be verified.

China’s officially atheistic communist government ordered Chinese Catholics to cut ties with Rome more than five decades ago, and Beijing and the Vatican have no formal relations.

In China, worship is allowed only in state-backed churches, although millions of Chinese belong to unofficial congregations loyal to the pope.

The sides have repeatedly sparred over the right to appoint bishops, with Rome insisting that it can be done only with papal approval, as is the case in other countries and regions. China says its own congregations have the right to choose bishops, although the process is ultimately directed by the Communist Party-controlled Patriotic Catholic Association.

Despite that, the Vatican has given its blessing to many of Beijing’s candidates under a tacit agreement whereby a priest’s name was forwarded for approval before ordination.

That arrangement has since broken down and Rome considers many of Beijing’s recent picks illegitimate, imposing on them excommunication latae sententiae, or automatic separation from the church. The Chinese church has appointed more than 190 bishops, most since the restoration of religious rights after the death of Mao Zedong in 1976, although many positions still remain vacant.

The language of the Religious Affairs Bureau’s statement was typical of the combative tone taken toward the Vatican in recent years, saying, “Facts show that no threats can frighten the Chinese Catholic clergy and laity.”

It also defended the qualifications of the Rev. Yue and said he had refused to retaliate against personal attacks launched against him since becoming a candidate for bishop in 1999.

“Yue Fusheng’s swift ordination is the hope and wish of the clergy and laity of Heilongjiang,” the statement said.

General Manager at Craig Hill Training Services * Get an Australian diploma by studying in your own country * Get an Australian diploma using your overseas study and work experience * Diplomas can be used for work or study in Australia and other countries. * For more information go to www.craighill.net
View all posts by Craig Hill »
« No news on Bo Xilai being deprived of immunity
China Needs to Ease One-Child Policy, State Researchers Say »

5 thoughts on “China, Vatican spar over ordination of bishop; no papal approval”