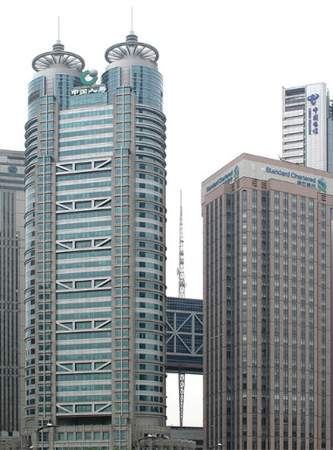 The eurozone’s biggest member, Germany,is being sucked into the bloc’s worsening economic quagmire, business surveys suggested on Wednesday, as similar data signalled the slowdown in China may be abating.

The slump that began in Greece and spread to other smaller eurozone economies was clearly gripping the core in October, marking the worst month for the 17-member bloc since it emerged from recession more than three years ago.

Markit’s Composite Purchasing Managers’ Index (PMI), which polls around 5,000 businesses across the 17-nation bloc and is viewed as a reliable growth indicator, fell to 45.8 this month.

That was the lowest reading since June 2009, confounding consensus expectations in a Reuters poll for a rise to 46.4. The index has now been below the 50 mark that separates growth from contraction since February.

Similar PMI data for China suggested the world’s second biggest economy, a key world exporter, is slowly recovering from its weakest period of growth in three years, with new orders and output at their highest in months.

U.S. manufacturing improved slightly in October but slow growth and economic uncertainty suggested the sector’s recent struggles may persist over the final months of 2012, an industry survey showed on Wednesday.

Financial information firm Markit said its U.S. “flash,” or preliminary, Purchasing Managers Index for the manufacturing sector edged up to 51.3 this month from 51.1 in September. A reading above 50 indicates expansion.

A modest rise in output helped boost business conditions in the sector, which suffered its weakest quarter in three years during the July-to-September period.

But fewer orders from domestic clients and a fifth straight monthly decline in overseas demand for U.S. goods indicates manufacturing was acting as a drag on growth and employment, said Markit chief economist Chris Williamson.

The manufacturing PMI for Germany – another major exporter and Europe’s economic powerhouse – plunged to 45.7 from 47.4, also confounding expectations for a rise and well below even the lowest forecast polled by Reuters. The rate of decline was even worse in France.

“(It) reinforces concern that the economic downturn in the region may be deepening and widening,” said Martin van Vliet, senior economist at ING.

The data were published just before European Central Bank President Mario Draghi was due to appear before German lawmakers for a grilling over whether his plans to buy eurozone sovereign debt might trigger inflation or compromise ECB independence.

They also coincided with the latest numbers from Germany’s Ifo institute showing business sentiment in the country dropped sharply to its lowest in more than 2-1/2 years, the sixth consecutive monthly fall.

“Any hopes of a rebound appear to have been dashed for now. Germany is heavily dependent on exports so a global slowdown is going to impact on Europe’s growth motor,” said Peter Dixon at Commerzbank.

Germany has been mostly resilient to the three-year-old sovereign debt crisis. But economic data in recent months have shown the rot is spreading.

The eurozone economy contracted 0.2% in the second quarter and is predicted to have shrunk 0.3% in the third, meeting the technical definition of recession.

While official data implies a similar decline in the third quarter just ended, Markit said the PMIs suggest the downturn will accelerate into the current quarter – a far gloomier prediction than in a Reuters poll last week.

“We are more downbeat than the official data. The PMIs are running at levels in the third quarter and start of the fourth quarter historically consistent with GDP falling at about 0.6%,” said Chris Williamson at data collator Markit.

Bad news has been flowing out of company boardrooms too.

Carmaker Volkswagen reported a fall in nine-month operating profit on Wednesday and sportswear maker Puma reported sales in the region dropped in the third quarter.

Markit’s measure of services business expectations sank to its lowest reading since February 2009, at the nadir of the last recession and when world stock markets were tumbling.

But it was a different story for China, where the HSBC Flash Manufacturing PMI rose to a three-month high of 49.1 in October but remained below the key 50 mark.

“(This) adds to recent signs of stabilisation of the Chinese economy, thus underpinning our view that the slowdown in activity is bottoming out,” said Nikolaus Keis at UniCredit.

A Reuters poll taken after last week’s GDP data showed economists anticipating a modest rebound in growth in Q4 to 7.7% from Q3’s below-target 7.4%.

Even that figure would not be enough to lift full year expansion from an expected 13-year low, however.

Jack A. Bass B.A. LL.B is one of North America's foremost tax strategists working to help clients achieve a low tax base. As an economist and management consultant ( www.jackbassteam.com) he forecast the dramatic rise in the price of gold ( from under $900) and then the slide fro $1800. He forecast the fall in natural gas prices from $12 to below $4.00 and oil from $100 In 2009 he forecast an astounding rise in the stock market even as he warned of the fallout from Obama Economics. "Obama Economics threaten all markets as the influence of runaway printing presses will turn on its creators. Jacks education includes degrees in Economics and Law. He has completed (graduating at the top of his class) the securities course as part of a large American retail broker. web site www.jackbassteam.com http://www.youroffshoremoney.com Apprentice Millionaire Portfolio is available from amazon.com as is The Gold Investors Handbook .
View all posts by jackbassteam »
« China: Wang Yang, the party chief who transformed Guangdong
Chinese censors block New York Times »