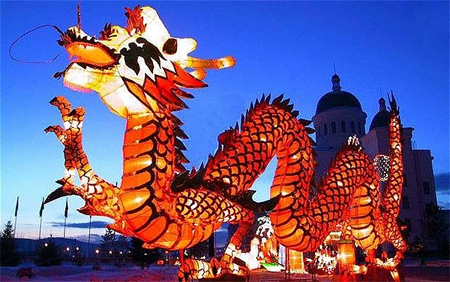 Production statistics and other figures released by China – including retail sales, fixed asset investment and inflation – all showed an improvement. Photo: EPA

China released a series of figures on Sunday showing continued economic strength as it prepares for new leaders tasked with sustaining the country’s dramatic growth.

There was a double-digit increase in production at factories, workshops and mines for the first time since March, the National Bureau of Statistics said, a strong sign the country is shaking off the effects of the global economic slowdown.

The 10.1pc November increase follows rises of 9.6pc the previous month, 9.2pc in September and a three-year low of 8.9pc in August.

Overall growth has slowed for seven straight quarters in China. It hit 7.4pc in the three months through September, the weakest performance in more than three years.

But the production statistics and other figures released by the bureau – including retail sales, fixed asset investment and inflation – all showed an improvement.

The statistics – the first major economic figures to be released since the Communist Party held its pivotal congress last month – will be welcomed by the political elite as it prepares to usher in new leaders in March.

President Hu Jintao has called for efforts to strengthen domestic consumption in a bid to create a new growth model, echoing mounting calls for change to stabilise growth amid the slowdown.

Economists say the country faces mounting pressure to restructure its economy to ensure long-term growth, such as reducing its reliance on exports and boosting domestic consumption.

Xi Jinping replaced Hu as party chief last month and is strongly expected to succeed him as national president next March. The party’s new number two Li Keqiang is set to assume the premiership at the same time.

“The leaders will step up the reform efforts gradually in the coming quarters,” Sun said.

“There will not be drastic changes that will happen overnight, but the current recovery will create favourable conditions to accelerate these reforms next year.”

Other figures released on Sunday include retail sales, the main measure of consumer spending, which rose 14.9pc year-on-year in November from 14.5pc in October.

Fixed-asset investment, a key gauge of infrastructure spending, was up 20.72pc year-on-year in the first 11 months of 2012, from 20.7pc in January-October.

The consumer price index, the main measure of inflation, increased to an annual 2pc from a near three-year-low of 1.7pc in October, which will give lawmakers less room to loosen monetary policy.

Premier Wen Jiabao and Commerce Minister Chen Deming have both said in recent months that they expect China to achieve its targeted growth rate of 7.5pc this year despite the impact of the global slowdown.

China cut interest rates twice this year and has reduced the amount of funds banks must keep in reserve three times since last December, to encourage lending.

But it has avoided the kind of huge stimulus package it announced after the 2008-2009 global financial crisis, which sent inflation soaring.