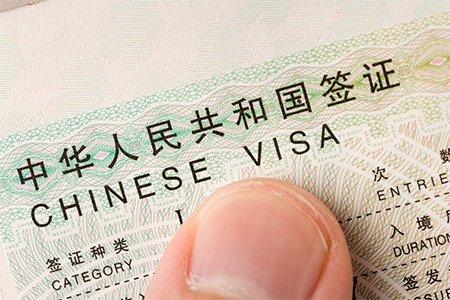 Mostly it seems about being able to control and punish foreigners more, which is to be expected to deflect from the crashing economy. They will also be able to impose more severe financial penalties, which will probably become increasingly common.

The first of the laws are increases in fines and jail time for unauthorised work and overstays on visas. They are quite precise about what the penalties are, and how they will be imposed.

The laws also seem to be a little fairer, in that they allow the expat to decide whether to leave willingly, or risk deportation. That would seem to save the Chinese courts a lot of time and money getting rid of undesirables. But things aren’t always what they seem.

The laws go on to say that  expats cannot leave if they owe employers money, or if any civil action is pending.While on the surface that might seem almost reasonable, one must bear in mind the huge increase in questionable court cases recently, involving employees unreasonably demanding money from employers that want to move their businesses out of China.

There have also been a huge increase in court cases where the Chinese partners of foreign companies have claimed all or majority share of the foreign companies, based on the findings of corrupt Chinese courts. Theoretically, this would mean that if a claim is made for the entire company, the owner of the company can be stopped from leaving China indefinitely until caving into the claim.

For workers, the same problem could arise. If the employer decides to impose a contract breach penalty, the employee technically could be prevented from leaving China until the matter is resolved. Court cases could be delayed indefinitely, during which time the employee is not allowed to work.

The hardest hit could be the expat English Teacher. The standard clause in contracts between schools and teachers is that a breach penalty of 3-10 months salary must be paid by whichever party breaches the contract causing termination.

Schools can now claim that the teacher breached the contract, and demand 10 months salary as compensation. In the past, teachers could just pack up and go home, but the new law means they have to stay until matter is resolved. The choice is to pay the money, or go to court to dispute the amount.

The court decision can be delayed indefinitely, during which time the teacher is not allowed to work. The only real recourse is to pay the money to the school.

As if that isn’t enough, the school can also report it’s own teacher as being an illegal worker, a requirement under the law. It is not clear if the school would be liable for any penalty in this case, but they could simply state they had been duped by the foreigner, and were acting to rectify their honest mistake.

So what effect does that have on the teacher? Under the new laws, the teacher can be detained for 30 days, 60 days or even longer on suspicion of being any criminal act that the school might accuse the teacher of. That means two months detention without the charge being proven, and even longer if it is deemed to be a “complicated” matter. It is not beyond the realms of possibility for schools to make unfounded charges against teachers who don’t submit to unreasonable demands.

The example of teacher has been used, because they are the most underpaid and vulnerable in China, and many are already working illegally or on fake documents. However, all workers in China are potentially subject to the same exploitation by employers. Even businessmen are subject to detention if falsely reported by business partners or competitors. Such actions have been quite common in the past under various other laws.

Additionally, all foreign workers must now provide fingerprints and other biometric data when applying for residency permits to work in China. It is unclear what this biometric data is, but it is believed it will include DNA. Other laws seem to imply that these requirements will be extended to all visitors, including tourists, at some time in the future. All visitors to China are now subject to body searches when entering or exiting the country.

There will also be stricter restrictions on where foreigners can live or travel, and where foreign businesses can be established.

Overall, the new visa laws seem very intrusive, and open to abuse from those that would seek to gain unethical and unfair financial advantage over foreign workers.

China News is a collection of original and reposted news and articles about China, collected from the best sites around the web. It is also a place for writers about China to promote their own sites.
View all posts by China News »
« China targets foreign firms for charging more than inferior domestic products
Joint China-Russia exercise more political than military »