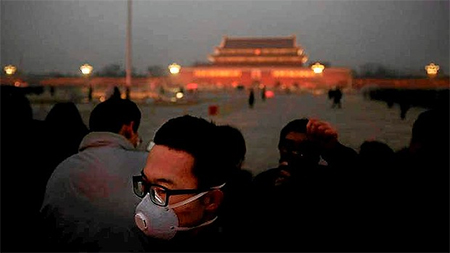 Australia has been drafted in to help design an emissions trading scheme for China, the world’s biggest polluter.

A deal announced in Canberra on Thursday will see the Australian National University take leadership of a program that will analyse pollution data provided by China and allow Chinese university researchers to examine Australia’s experience of the carbon tax and transition to an emissions trading scheme.

China is aiming for a full national emissions trading scheme by 2015.

The program, known as the “Australia-China research program on market mechanisms for climate change policy”, will team Australian researchers with those from three provincial universities in China and the Beijing Institute of Technology. The University of New South Wales and Melbourne University will also take part.

The deal comes less than a month after China launched the first of seven pilot emissions trading schemes.

The first, in the manufacturing city of Shenzhen, will cover 635 companies, responsible for 38 per cent of the city’s total emissions. Chinese authorities are under pressure to do something about the chronic air pollution affecting public health in Shenzen and across China.

China emits one-quarter of the world’s greenhouse gases – nearly 10 billion tonnes of carbon dioxide, more than the US and India combined.

The $305,000 program, announced by Trade Minister Richard Marles, will be run by the ANU Crawford School of Public Policy, and led by Associate Professor Frank Jotzo of the School’s Centre for Climate Economics and Policy.

He said projects would include modelling the effects of emissions pricing on electricity sector investments in China; research on how energy markets can be reformed to make carbon pricing more effective and the design of China’s pilot emissions trading schemes.

Professor Jotzo said: ”In the future, China is expected to rely less on command-and-control economic management and more on market-based systems to help protect the environment and modernise its energy system.

”The research under this program will help inform Chinese policymakers about innovative approaches and international experiences,” he said.

Climate expert and economist Ross Garnaut, a professor at ANU, said the most recent climate science showed a two degree warming of the planet was now a minimum and Chinese leaders understand there is a huge potential impact from climate for that nation.

China News is a collection of original and reposted news and articles about China, collected from the best sites around the web. It is also a place for writers about China to promote their own sites.
View all posts by China News »
« China: Tang Hui’s victory important in battle for democratic supervision
China copies Russian anti-missile radar defence system »