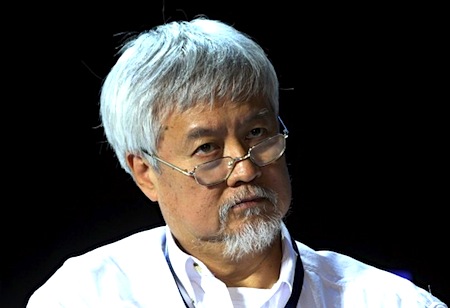 Chinese state television on Sunday broadcast a startling video of a famous blogger in handcuffs, renouncing his Web posts and saying how dangerous the Internet would be if left uncontrolled by the government.

The 10-minute news report featuring Charles Xue — a Chinese American businessman and one of China’s most popular bloggers — was the latest step in what appears to be a systematic campaign to intimidate online opinion leaders against speaking too freely or critically of the government.

“It gratified my vanity greatly,” Xue said of the Internet. “I got used to my influence online and the power of my personal opinions . . . and I forgot who I am.”

Chinese authorities have increasingly been broadcasting interviews after big-name arrests, forcing suspects to confess publicly to alleged crimes prior to trial or conviction. Several businessmen arrested in recent weeks have had their taped confessions aired nationally.

Some legal critics have likened the practice to a Mao-era style of justice, when guilt was never in doubt, self-confessions were routine and the goal was to make public examples of the accused.

Few online opinion leaders could serve as a better example than Xue, a venture capitalist whose liberal posts had won him 12 million followers on a Weibo microblogging site, the Chinese equivalent of Twitter. Xue was arrested three weeks ago on charges of hiring a prostitute. He was jailed at a time when several other online activists were arrested. Doubts about the validity of his case were so widespread online that Beijing police issued denials that he had been set up.

Authorities had earlier broadcast a report on Xue’s solicitation charges, but Sunday’s segment seemed intended to curb the huge online influence he has accumulated.

Chinese officials have condemned the postings of Xue and others as rumor-mongering, and Xue endorsed party leaders’ views with a long and detailed confession.

“At first, I was careful and I didn’t write many posts,” Xue said, in a video interview that at times seemed to attribute to microblogging the addictive and destructive qualities of illicit drugs. “But later, I posted more than 80 every day. . . .In the beginning, I verified every post. But later on, I no longer did that.”

“All of a sudden you draw so much attention,” he said. “How do you describe the feeling? Gorgeous.”

In the broadcast, CCTV reporters presented some of Xue’s offending posts. In one, he wondered whether China’s water, whose quality is always in question, contained contraceptives.

“First of all, I didn’t double-check my facts,” Xue said. “Secondly, I didn’t raise constructive suggestions to solve the problem. Instead, I just simply spread these ideas emotionally.”

Sunday’s broadcast came days after the enactment of strict laws imposing penalties for posting online rumors. Those whose posts are deemed rumors and that have been viewed by more than 5,000 Internet users or reposted more than 500 times will be subject to prosecution and face a possible three-year prison sentence.

Xue praised the new laws Sunday. “It is very necessary to release these laws and regulations today,” he said in the video. “Without regulation, there’s no punishment for spreading the rumors.”

The confession of a man whose extensive posts questioned China’s society and government appeared aimed at recasting those comments as an exercise in vanity.

Xue said that as his online following grew, so did his ego. He received invitations from universities and entrepreneurs. He felt like the “emperor of the Internet.” But, he said, in what may have been his biggest mistake, he felt that even leaders of China’s ruling Communist Party were not as powerful as he was.

“It’s not right for [popular bloggers] to behave higher than the law,” he said in a chastened tone. “If there is no moral standard or cost for slander, you can’t manage the Internet. And there are no limits. It becomes a big problem.”