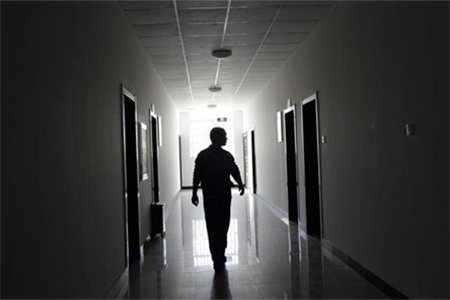 China vowed last month to do away with hundreds of labour camps, as part of a landmark package of social and economic reforms. Official news agency Xinhua has said there are 350 such camps across the country, with up to 160,000 inmates.

But many of those in extra-judicial jails and rehabilitation centres are being punished for their political or religious beliefs, the London-based rights group said.

“The abuses and torture are continuing, just in a different way.”

China’s foreign ministry said on Tuesday that Amnesty is prejudiced against China.

“This group has always had ideological prejudices against China, and continues to make unreasonable criticisms and starts rumours to smear China,” said Hua Chunying, a spokeswoman for the Ministry of Foreign Affairs.

The camps are part of a controversial program called re-education through labour that lets police detain political and religious dissidents for up to four years without any judicial process.

Amnesty, in a report based on more than 60 interviews with families, lawyers and former inmates conducted over five years, found the use of other forms of extra-judicial detention, especially drug rehab facilities, had widened and could supplant the labour camp system.

“Many of the policies and practices which resulted in individuals being punished for peacefully exercising their human rights by sending them to re-education through labour camps have not fundamentally changed: quite the contrary,” Amnesty said.

“Black jails”, or unofficial detention facilities, are also being used more often, and as they have no legal basis in Chinese law, detainees are potentially at even greater risk of rights violations than in labour camps, it said.

Many labor camps said to have shut down have been rebranded as drug rehab centres or used for other forms of detention, Amnesty added.

Former detainees told Amnesty that drug detox institutions were very similar to the old labour camps, though a greater proportion of prisoners might be addicts.

The drug rehab camps were also used to punish political and religious dissidents “whether or not there is any evidence of them being addicted to drugs,” the report said. Inmates can be held there for two years or more without trial.

Those interviewed described being deprived of food, water and sleep, being beaten by other inmates, having their flesh burned with metal rods, and being subjected to simulated drowning.

The treatment was often sparked by detainees’ refusal to renounce religious beliefs or stop petitioning the government.

China has not said what will happen to current camp prisoners in the camps, or what will replace the system of re-education through labour.

The government has also expanded the use of what Amnesty calls “brainwashing centres,” which China calls “legal education classes”, as well as secret black jails, which are not acknowledged at all, the report said.

Author of the book "Tiananmen's Tremendous Achievements" about how with the help of Tiananmen Protests, talented scholars with moral integrity seized power in the Party and state and brought prosperity to China. The second edition of the book will be published within a few days to mark the 25th anniversary of Tiananmen Protests All the parts in the first edition remain in the second edition with a few changes due to information available later and better understanding. There are also some changes for improvements of style. The new parts are Chapters 12-19 on events in China after the first edition was published: The fierce power struggle for succession between reformists and conservatives; Xi Jinping winning all elders’ support during his mysterious disappearance for 2 weeks in early September, 2012; and Xi Jinping Cyclone. Chan Kai Yee's new book: SPACE ERA STRATEGY: The Way China Beats The US An eye-opening book that tells the truth how the US is losing to China. The US is losing as it adopts the outdated strategy of Air-Sea Battle while China adopts the space era strategy to pursue integrated space and air capabilities: It is losing due to its diplomacy that has given rise to Russian-Chinese alliance. US outdated strategy has enabled China to catch up and surpass the US in key weapons: Hypersonic weapons (HGV) that Pentagon regards as the weapon that will dominate the world in the future. Aerospaceplane in China’s development of space-air bomber that can engage enemy anywhere in the world within an hour and destroy an entire aircraft carrier battle group within minutes. Anti-satellite (ASAT) weapons, anti-ASAT weapons, stealth aircrafts, drones, AEW&C, etc. The book gives detailed descriptions of China’s weapon development based on information mainly from Chinese sources that the author monitors closely. U.S. Must Not Be Beaten by China! China is not a democracy. Its political system cannot prevent the emergence of a despotic leader or stop such a leader when he begins to bring disasters to people. A few decades ago, Mao Zedong, the worst tyrant in world history did emerge and bring disasters to Chinese people. He wanted to fight a nuclear war to replace capitalism with communism but could not bring nuclear holocaust to world people as China was too weak and poor at that time. If a despot like Mao Zedong emerges when China has surpassed the US in military strength, world people will suffer the misery experienced by Chinese people in Mao era. China surpassing the US in GDP is not something to worry about as China has the heavy burden to satisfy its huge population, but China surpassing the US in military strength will be world people’s greatest concern if China remains an autocracy. US people are of much better quality than Chinese people. What they lack is a wise leader to adopt the correct strategy and diplomacy and the creative ways to use its resources in developing its military capabilities. I hope that with the emergence of a great leader, the US can put an end to its decline and remain number one in the world. China, US, space era strategy, air-sea battle, space-air bomber, arms race, weapon development, chan kai yee
View all posts by chankaiyee2 »
« eChinacities expat website now a propaganda machine
China’s lunar rover litters on moon, writes name in Bay of Rainbows »