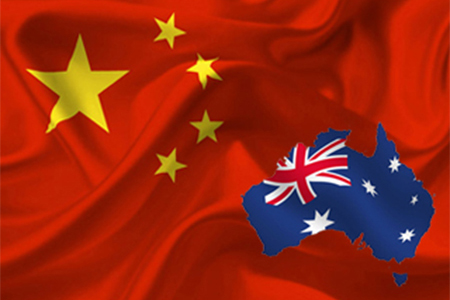 China and Australia on Monday sealed a landmark free trade agreement more than a decade in the making, significantly expanding ties between the world’s second largest economy and one of Washington‘s closest allies in Asia.

The deal, which Australia called the best ever between Beijing and a Western country, will open up Chinese markets to Australian farm exporters and the services sector while easing curbs on Chinese investment in resource-rich Australia.

Australian Prime Minister Tony Abbott and Chinese President Xi Jinping signed a memorandum of understanding clinching the agreement during a ceremony in parliament in Canberra.

“This has been a 10-year journey, but we have finally made it,” Abbott said.

Xi praised the deal in an address to parliament, pledging to deepen cooperation with Australia while reaffirming China’s willingness to resolve territorial disputes with its neighbours through diplomatic means.

“As long as we have our long-term and the larger interests in mind, increase positive factors and remove obstacles we will certainly forge a closer and more comprehensive strategic partnership between us,” he said.

China is already Australia’s top trading partner, with two-way trade of around A$150 billion ($130 billion) in 2013. On Monday they witnessed 14 commercial agreements between companies worth potentially more than A$20 billion ($17.56 billion).

The leaders also pledged to work jointly to combat climate change by sharing technology aimed at improving the efficiency of coal usage.

Australia needs China’s help to transition from a reliance on exports of minerals such as coal and iron ore to expanding its food and agricultural exports to a growing Asian middle class, moving from a “mining boom” to a “dining boom”.

“[The agreement] should help to support Australia’s great rebalancing act, from mining investment led growth towards the non-mining sectors of the economy,” HSBC economist Paul Bloxham said in a note.

Once the agreement is fully implemented, 95 percent of all its exports will enjoy duty free entry into China, Australia said.

The agreement comes a day after U.S. President Barack Obama wrapped up a week-long tour through Asia, during which he sought to reassure Asia-Pacific allies wary over Washington’s commitment towards its strategic realignment to the region.

Washington and Beijing have competing visions for free trade in the Asia-Pacific region, with the U.S. pushing its 12-country Trans-Pacific Partnership (TPP) deal, which excludes China, and China mooting a Free Trade Area of the Asia-Pacific (FTAAP) framework.

Washington was unable to secure a breakthrough on TPP during the trip.

The agreement gives Australian dairy farmers tariff-free access within four years to China’s lucrative infant formula market, minus any of the “safeguard” caps that currently restrict competitors from New Zealand.

“Australia has been marginalised from being a major exporter to China in the last few years, one of the reasons being that milk production (there) has been going down over the last decade,” said Sandy Chen, dairy analyst at Rabobank in China.

Wine makers, currently selling more than A$200 million worth of goods to China each year, will see tariffs eliminated over four years, while a 3 percent coking coal tariff will be removed immediately and a 6 percent tariff on thermal coal within two years.

Health and aged care providers, such as Japara Healthcare and private hospital operator Healthscope will get a jump on providers from Japan, the U.S. and Europe, while financial services companies ANZ Bank and IAG will get a boost from preferential access.

Fortescue Metals Chairman Andrew Forrest said the agreement would become the most significant trade deal Australia has ever done. “We can offer Chinese consumers the highest quality produce and Chinese consumers can be confident in the reliability of supply and food safety,” he said.

The agreement caps a string of breakthrough deals for Xi. Last week he jointly announced with Obama a groundbreaking plan to cap and eventually roll back carbon emissions, as well as reaching a “substantial conclusion” of a free trade deal with South Korea.

The deal also caps a year of trade achievements for Abbott, following free trade agreements with Japan and South Korea.

China News is a collection of original and reposted news and articles about China, collected from the best sites around the web. It is also a place for writers about China to promote their own sites.
View all posts by China News »
« China: Little officials, giant corruption
Prelude to Conflict: Asia, November 17 »