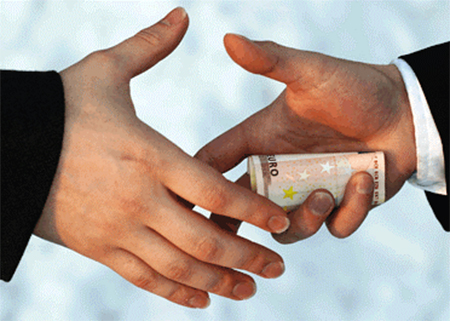 China needs to put the law above the needs of the Communist party.

For many foreign observers, the key issues facing China are the management of the economy and the direction of foreign policy. Inside China itself, however, the central political preoccupation is the wide-ranging anti-corruption launched by President Xi Jinping.

In focusing on corruption, Mr Xi has undoubtedly chosen an issue that is crucial to the health of the Chinese economy and wider society. China’s extraordinary decades-long economic boom has greatly widened prosperity and opportunity for hundreds of millions of people. But the corruption that has accompanied this long boom has also created cynicism and anger among many ordinary Chinese.

Unfortunately, China’s war on corruption is hobbled by a central contradiction that President Xi has yet to acknowledge. Mr Xi clearly believes that, unless corruption is tackled, the legitimacy of Communist party rule could be fatally undermined. And yet, paradoxically, the main impediment to an effective anti-corruption campaign is, precisely the dominant role of the Communist party in Chinese society. A campaign against corruption can only truly succeed if it is administered impartially by prosecutors and courts that are independent of government.

When the legal system is subject to political control, every arrest and trial is inevitably tainted by the suspicion that it is the product of a political vendetta, rather than an impartial weighing of the evidence. That, in turn, makes the public cynical and business jittery and uncertain.

The shadow of politics has certainly fallen across recent moves, such as the charging of Zhou Yongkang, the former head of China’s internal security police, and the announcement of an investigation into Ling Jihua, who was the senior aide to ex-president, Hu Jintao. Both of these men might well be guilty of corruption. But many people will inevitably suspect, rightly or wrongly, that they have been singled out because they are on the wrong side of factional struggles within the Communist party.

The scale of President Xi’s challenge should not be underestimated. He is attempting to root out corrupt practices that have become entrenched in Chinese society over many years. But if Mr Xi hopes to create lasting change in China, rather than a temporary scare, he will have to establish a “new normal”, to use a phrase currently beloved by the Chinese media.

That “new normal” can only really be achieved by changing institutions and incentives in ways that challenge the power of the Communist party. One important step would be to establish a genuinely independent anti-corruption commission, of the sort that has been pioneered in Hong Kong and Singapore. Another idea that could be borrowed from Singapore would be to raise official salaries by a substantial amount, so reducing the incentives for corruption.

The Chinese judicial system also needs to offer those charged with a crime some genuine hope that they can prove their innocence in court. At present, the court system has a 99.9 per cent conviction rate, further strengthening the impression that the legal system has much more to do with the desire for political and social control than the search for justice.

It is true that there is much, apparently earnest, debate in official Chinese circles about ideas such as the “rule of law” and legal reform. A new anti-
corruption commission has also been promised. But, until President Xi and his colleagues accept that an independent legal system must inevitably stand above the authority of the Communist party itself, the notion of the rule of law will remain more slogan than reality.

China News is a collection of original and reposted news and articles about China, collected from the best sites around the web. It is also a place for writers about China to promote their own sites.
View all posts by China News »
« China’s space program aims at destroying US navy and mining the moon
With J-20 fighters on artificial islands, China plans to dominate the South China Sea »