How the New York Times is eluding censors in China 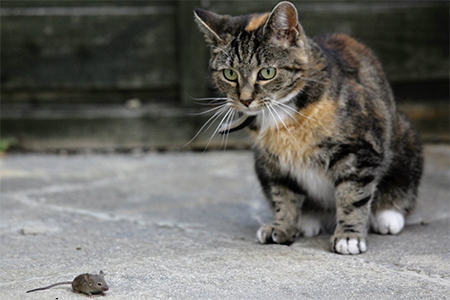 A cat and mouse game.

The New York Times’ English and Chinese-language websites have been blocked since an October 2012 article about the wealthy family of prime minister Wen Jiabao.

But according to employees in the company, outside observers, and mainland Chinese readers, the Times is quietly pursuing a new, aggressive strategy to reach readers in China.

Foreign news outlets including the Times have spent millions of dollars in China in recent years, hiring journalists and Chinese-language translators and marketing their websites to local readers and global advertisers—only to see all but a handful of these sites blocked by China’s censors.

Many of these foreign media companies have been re-evaluating their strategy in China for months, weighing what to cover and how to cover it, and questioning what should be translated into Chinese, while failing to make a profit.

The Times has taken a different approach in recent months, these people say. The company is simultaneously:

Mirroring: Every time a new article appears on the Times’s Chinese language website, three or four copies of it appear on “mirror” sites scattered around the internet. While these mirrors, like this one of the company’s home page, are often quickly made inaccessible by censors, new ones crop up constantly, often made or sanctioned by the Times. The recent hacking attack on GitHub targeted a “mirror” of the New York Times’s Chinese-language site was not set up by the Times itself, but the strategy is the same—create a webpage that points readers in China to New York Times’ Chinese language content, and circumvents censors.

Using apps: Articles are published on apps targeting the Chinese-language market that have often been ignored by Chinese censors for weeks or months at a time, before being blocked. Often these apps are openly branded with the “New York Times” name.

Pushing news on social media: The New York Times’ official social media accounts, as well as its reporters, are blocked by censors. But the company continues to publicize new articles on social media accounts in China that are repeatedly shut down by the censors and reinvented under new names, in what one person familiar with the strategy described as a “cat-and-mouse game.” A Weibo search for “New York Times” turns up accounts like this one maintained by “Budo movie,” for example.

At the same time, mainland Chinese readers continue to read The New York Times and other blocked news sites and social media sites through virtual private networks (VPNs)—software that masks a user’s physical location—despite the government’s recent attempts to crack down on them. “I need to learn more about foreign news,” one 23-year-old university student from Guangzhou said. He reads the New York Times’ articles through a VPN on his mobile phone, and sometimes goes to the paper’s Facebook page instead of its website. “There’s no good international news outlet” in China, he said.

Times executives would not discuss the technical specifics of the company’s new strategy, except to say that there was one, and that it was working. “The only thing I can say is that we have a very strong tech team that works tirelessly to make our journalism accessible to readers in China,” Craig Smith, the paper’s managing director for China, said.

More than two years after the block, the New York Times’ online audience in China has rebounded, and is growing fast, Smith said. “We’re now back to about where we were before the restrictions set in October of 2012, and we’re still growing,” said Smith said, speaking specifically of readers of the Chinese-language version of the Times. He would not specify how big that audience was, beyond “millions” of unique users a month. Advertisers are showing interest in the Chinese language website again, he added.

Figuring out how many readers the New York Times is actually attracting in mainland China is difficult, because so many are probably coming through a VPN. The Times estimates that as much of 80% of the traffic coming to its Chinese-language website is from China, based on the time of day that these readers arrive and reader surveys. China is the Times’ fourth-largest online market, Smith said, behind only the US, Canada, and Great Britain.

The Times is still optimistic about the business prospects in China, despite the long-standing government block of its official websites. “The day those restrictions are limited—and the government assures us every time we see them that this is a temporary situation and things will normalize—China will be the largest digital market outside the US,” Smith said.

New York Times readers in China are sometimes in the news business themselves. Zheng Yi, 25, a sports news reporter from mainland China who doesn’t want his employer to be identified, said he reads the New York Times’ sports editions every day, through a VPN, because he wants to find “interesting and good story ideas” for his own job. The paper’s “angle is quite special,” he said. It often has feature stories with novel, global perspectives—like looking at the phenomenon of violence in Argentinian football.

Some free-speech advocates think the Times’s strategy could be copied by other fed-up foreign news outlets.

“Quite obviously, blocked sites are having success evading China’s censors,” Charlie Smith, a co-founder of Greatfire.org, said. “I think [Chinese internet czar] Lu Wei and the Cyberspace Administration of China have probably burnt, not built, bridges with foreign media. I believe many of those media companies must be standing in those ashes thinking that now is the time for them to strike back.” (Note: Greatfire creates mirror sites for media organizations.)

The Times’ aggressive approach carries risks, most immediately that it could prompt China’s censors to extend blocks on the company’s websites permanently or take other punitive measures. Under Lu, China’s internet censors have cracked down on everyone from popular bloggers to domestic and international media, attempting to squelch dissent and unofficial opinion. The Times’ Smith said that he isn’t concerned. “Our dialogue with the government is very open, and they have never questioned our efforts to develop audience in China,” Smith said.

Source: Quartz – How the New York Times is eluding censors in China

General Manager at Craig Hill Training Services * Get an Australian diploma by studying in your own country * Get an Australian diploma using your overseas study and work experience * Diplomas can be used for work or study in Australia and other countries. * For more information go to www.craighill.net
View all posts by Craig Hill »
« China’s admiration for Russian leader’s willingness to use nuclear weapons to regain Crimea
Mass suicide bid by 30 Chinese cabbies in Beijing was caused by government indifference »