Why western companies fail in China 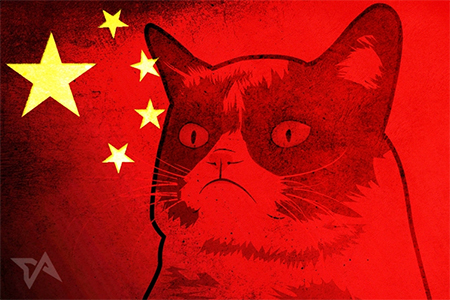 Why do western companies fail in China?

Some companies succeed and get tremendously rewarded, but many more fail.

I previously wrote an article about what, as I see it, Chinese startups should change to perform better in Western markets.

In this article, I will show the other side of that trade-off.

Some Chinese founders and specialists generously agreed to share their opinions on the question “Why do you think some Western tech companies fail to do good business in China? What are they doing wrong?”

I think the root cause of this phenomenon is in the founding partner and share-holding structure. Western companies do not have enough incentives to win the Chinese market together with non-Chinese founders/share-holders in the long term. Yahoo’s early share-holding of Alibaba is a good example.

However, this does not mean that non-Chinese partners can solely and directly operate the business and be successful in China. A good partnership means non-Chinese partners depend on Chinese ones (local knowledge) to succeed. (Author’s Note: Yahoo owns 25% of Alibaba Group, but it does not interfere with how Alibaba does business.)

The need for a “proxy”

In the technology and internet industry and partnering with local ventures do not solve the puzzle of successfully landing the business in the local market, because majority of the internet business require actual technical connections with the local ecosystem. This requires local servers, compatibility and operations to build the connections (which may be very complicated given the scale and complexity of the market), and data exchange.

Majority of the local internet companies, especially in the media space, will not directly connect to a new comer from a foreign market, with hurdles and concerns on the communication side as well as the political side. I used to run a digital media project landing a foreign tech solution to serve local markets for a global FMCG giant. Having a local partner to handle the local connections was one of the key things we solved to ensure a smooth plug into the media ecosystem. Having the right “proxy” itself was a very tricky thing, with the level of trust required, the way to split the business and so on. Groupon came in China with Tencent with a 50/50 split and turned out to be a disaster.

This seems obvious, but foreign technology companies need to get over this fear to be able to play in the market. Lots of companies hold this concern and discuss this too much before they come in the market .The truth is: if copycats want to copy, they copy you wherever you are. At the local market, as a founder of a tech company, getting my technology protected is really not my priority (though I would occasionally think about it).

The priority is getting it out there with the most market penetration. I talked to a patent lawyer about 9 months ago and we were discussing about patents. He said that in China, it takes at least two years to be granted a patent. In the tech industry, it is already 1-2 generations of technology, so the patent is already obsolete after 2 years. What you lose when you want to hold on to protect your IP is the opportunity to get the market share. It’s again a very tricky balance: How do you come in with a tech advantage (assuming most of the foreign tech companies do have more established development in a certain area) and how to win the market at speed?

There’s one more very important factor. Most global/Western tech companies build their technology platforms or products with a global scale mindset, and want to standardise across the board. There’s nothing wrong about that. However, in China, the ability to adapt and to customise according to the market’s needs is really important because the market needs are evolving very quickly, and the way to operate your product based on individual clients would be very different too.

This then requires a strong local operation team to own the decision-making power regarding the customisation of the technology. These 2 things, however, don’t happen at the same time. In almost all the cases, none of the Western tech companies seem to have a strong operation team (not willing to invest) and/or no local operation team has the say in how the product can adapt to local needs.

In my opinion, it’s because Western companies try to copy the business model from Western countries, not realizing the difference in behaviour of Chinese consumers.

I think the reason is that they cannot find accurate local insights of customer need in the Chinese market.This is a rapid growing market in which every body is trying to solve functionality rather than quality issues. Technical needs in the Chinese market is fundamental and down-to-earth practical, while international companies have their global strategy and principle which lacks customer resonance and flexibility.

I want to say thank you to all the great people who were kind enough to share their opinions about this important issue. They are helping to build a bridge of understanding between entrepreneurs inside and outside of China.

For markets as big as China – to learn how to coexist is not a choice, but a condition.

Source: Tech in Asia – Why Western companies fail in China

About Sky In Company

One thought on “Why western companies fail in China”