China’s role in the West-vs-Rest antithesis 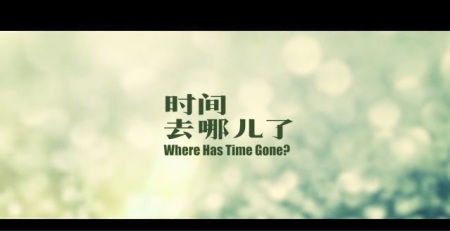 “Where has time gone?” — the first film co-produced by the five BRICS nations is to be screened nation-wide in China on 19 Oct 2017 Thursday.

The New York Times reported on Oct 16 that “Austria’s rightward lurch is Europe’s New Normal” as the far-right Freedom Party would probably be invited to form a coalition government with the Eurosceptic Sebastian Kurz whose conservative OVP (Austrian People’s Party) had secured a 31% leading position in the latest parliamentary election.

Identity politics has been rapidly emerging in the world arena and, as some scholars such as Mark Salter and Iver Neumann suggested, we can trace this back to Samuel Huntington’s Clashes of Civilizations theory.

The West-vs-Rest (or Self-vs-Other, us-vs-them) antithesis further intensifies as the ‘Liberal Universalist movement’ which out of a kind heart wants to impose their values such as freedom, democracy and human rights onto the ‘backward’ and ‘demonized’ [Note 1] countries has actually brought chaos rather than peace to the developing countries, especially after the so-called ‘Arab Spring 2012’. When the refugees rush to these Western countries (which sell the Liberal Universalism to them initially) for shelter, the West put themselves into the Left-Right hot pot.

It appears that the West is retreating from spreading the Liberal Universalism theme and the Rest is searching for a new direction for development and growth. Incidentally, it happens that five of them are co-operating to become the showcases for all, namely, Brazil in South America, Russia in Eurasia, India and China in Asia, and South Africa in Africa — BRICS.

No one is naïve to believe that the latest film ‘Where Has Time Gone?’ co-produced by the five BRICS nations is a milestone of anything, but we can clearly see a new trend has been in place for the formation of a role model on all fronts. They do not merely pay attention to the political and economical aspects but also promote and respect pluralism and multiculturalism. Despite so many differences, they make efforts to communicate with each other in various aspects. Nobody knows whether it could succeed or not, yet we can see the BRICS is setting a new mode of development for the world.

Through the BRICS dynamics, China would, firstly, co-lead the developing countries to somehow stabilize and grow, thus diffusing the latter’s reliance on the West and eventually also lessening the twisted energies to the far-Right. Secondly, China’s persistence in non-intervention into other nations’ internal affairs is essential for it to gain international trust while its global influence is rising with the Belt and Road Initiative. It is the most important contribution to the dissolution of the West/Rest antithesis by China because ultimately we need to make the West realize that threat from the Rest (and China) is a fallacy.

*** I will have more short essays on this ‘West/Rest antithesis’ topic (or series) in future.