Is China powerful enough to change the world order? 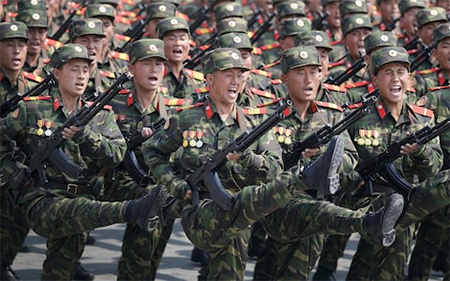 As the US president Donald Trump got his trade deal lately with the European Union president Jean-Claude Juncker, it seems that all those recent tensions between the world’s largest economy and the EU has come to an end.

To China, the tactic of establishing commercial and economic ties to hedge the risks of waging a trade war with the US is doomed to fail because China has made a crucial mistake: it fails to recognize that EU and US are the West, all other countries are the Rest.

When China joined the WTO, the world, especially the Western countries, hoped that by allowing access for China to the rules-based international trading regime China would be forced to deepen its reform of the country’s economic system, that is to say, adopting the ideals of market liberalism and even ushering in political democracy.

But, history has again proved the idealists’ wishful thinking wrong. Economically, China indeed has reaped enormous benefits from the WTO membership and world market by opening its market to foreign firms in exchange for their advanced technology and modern management ideas and methods.

The WTO membership gives China the opportunity to become the world’s leading exporter by making use of its cheap labor and low production cost. Numerous research has been done to show that since China joined the WTO, its annual GDP growth rate since 2001 has been above 6 percent; its foreign exchange reserves has surged to USD 3.118 trillion in 2018, let alone the fact that millions of people have been lifted out of poverty throughout this period.

What WTO membership really brings about is unleashing economic freedom that has mobilized the aspiring individuals in Chinese society to speed up their social mobility and take initiatives, the overall consequence is the realization of efficient resource allocation and ever-increasing economic output. Unfortunately, contrary to the West’s expectation that China would become more similar to western countries, China sees things differently.

The ideals of international liberalism and its utilitarian mode of thinking—a world market facilitated by mutual policy adjustment that relies on the assumption of economic gains by all involved parties—have never really materialized in China. In fact, China takes on a realistic approach when it comes to nation-building and economic development.

In recognition of the benefits of a connected global market, Chinese policy-makers have eased restrictions on foreign capital and foreign-invested enterprises to invest and do business in China. They soon realized that connecting China with the outside world produced the unexpected result of binding regime survival with the prosperity of the country.

Seen from a different perspective, Chinese leaders are deeply aware of the consequences of adopting a free market development model, which means privatization of state-owned enterprises and market competition that would jeopardize the Party’s ruling.

A “shock therapy” method, which stoked the Soviet Union to collapse, can never ring a bell to Chinese leaders. Of course, the Chinese leaders are resilient in maneuvering  industrial policies  to meet its political expediency and goals, such as elevating China to a global leader in semiconductors, electric cars and other high-tech sectors.

Today,  China is still being criticized for its unfair and mercantilist trade practices since its accession into WTO.  Probably the most objectionable and widely discussed topic regarding this the section 301 investigation launched by the US that accused the Chinese government of unethical trade  behaviors such as forced technology transfer, intellectual property theft and such and such. This incident, accept it or not for the Chinese and as an catalyst to the US-China trade war, will be imprinted as a footnote for the past 40 years of Chinese economic development and bilateral economic relations with the US. To what extent this is justifiable is less important than the fact that China has emerged as an eminent power, a political rival to US and its allies.

To the surprise, and maybe disappointment of those advocates for China joining the WTO, China capitalized on the opportunity of economic integration to build itself into a world economic powerhouse, but it never wanted the Western political model—liberal democracy.

Ever since the “third-wave” democratization of 1980s and the collapse of the Soviet Union, the idea of liberal democracy has been the crown jewel of the legacy of the West. It seems that the world had formed a consensual view when the Berlin Wall fell down: capitalism and western democracy are the right paths to prosperity and liberty, while communism and the planned economy lead the way to hell. So it is expected that sooner or later China will adopt a western model of modernization by going through political and economic transformations, a dual transition.

Judging from the surface, it looks like that China can follow the East Asian tigers’ political paths. For instance, South Korea and Taiwan both had dictators in power for decades in the latter 20th century. With their economies expanding and people getting richer, the empowered middle classes in the two societies became more and more disenchanted with their governments, demanding more political rights and participation, the results of which were mass protests and eventually democratization.

But, the crux of the issue here is whether or not China’s case is comparable to that of the other East Asian countries, such as the nature of the Chinese regime, the clarification of which directly affects the prospect of geopolitics in the Asia-Pacific region. Democratic advocates are inclined to think that imposing a western democratic system would solve any social problems. But this view fails to recognize that the cultural tradition of a country, to a significant degree, affects its path to modernization and the outlook of the general public, if not determines. For instance, what if the idea of democracy and the Athenian democratic model—citizen participation in assembly as a forum in public policy decision-making and as a way of life, is missing in the foundational Confucian political thought, then what are the justifications for China to become a democratic country?

Grasping these nuances is important because the cultural legacies of a country and nature of the political regime will be reflected on its behaviors and impacts on the outside world. So it is safe to say that Beijing does not favor liberal democracy, with its free elections and pluralistic civil society, etc. What it really desires is a kind of regime of its own sort, a socialist regime, with its ideological unity at root, with the capacity to adapt to new circumstances and evolve.

Fundamentally, the Party’s leadership know clearly that holding power in their hands is the most important leverage tool they have toward domestic governance and maintain and expand their influence globally. This is why the government still demands more Marxist education for its university students. Is this sounding too negative? Probably not so, the government still offers a bargain to its people to discuss in public: economics, yes; politics, no.

The West’s fear of a dominant China is doubtful

Along with China’s economic rise, the West, in particular US and its regional allies in the Asia Pacific region have sensed the military pressure from China’s growing strength. The regional disputes on the South China Sea and the Diaoyu Island (Senkaku Island) are cases in point.

Certainly, to many regional countries and their supporter-US,China’s growing influence in this region is easily perceived as a calculated campaign to replace US leadership and rise as a regional hegemon. This is why many policy analysts and scholars in Washington DC and Beijing have been fiercely recriminating about whether or not US and China would fall into the so-called “Thucydides trap”, which means a war between a rising power and the dominant state would break out when the former becomes discontent with the status quo.

A war between US and China could be prevented by both sides containing their provocative behaviors, unless they intend to use the concept as an excuse to cover their aggressive actions and motives. Many analysts have pointed out that China has been building up military bases in the Asia-Pacific region, such as the Camp Lemonnier in Djibouti, China’s first overseas military base, which has been interpreted as a provocative move.

What also adds to the image of a more demanding and assertive China is its expansionist foreign policy in recent years, exemplified in its investments in global infrastructure projects and regional financial institutions: the Belt and Road Initiative and the Asian Infrastructure Investment Bank that symbolizes China’s efforts to expand its regional influence and increase its weight of say in the global economic system.

Given all these seemingly alarming bells, the West’s fear of a more dominant China can not be justified. China is still a developing country, if we analyze it in terms of GDP per capita, innovation power, technological capacity, military strength and so on. The domestic financial system is still far away from maturity, with its sometimes topsy-turvy stock market and over regulations on capital control. China’s development model (political system) is at most appealing to some developing countries other than the West. And above all, a war with US would be the most adventurous gamble for the Communist leadership to take, the failure of which would most likely cause the end of their political life, and unfortunately for millions of ordinary Chinese, the end of “China dream”.

China may wants a different world order, so what?

Though the Chinese state propaganda and educational institutions have bombarded its citizens with nationalistic and patriotic education,it still remains of a fact that the Communist regime has been trying hard to meet the expectations of the entire nation.

Prior to being able to rewrite rules for global governance, China has to tackle its own domestic problems, after all economic performance has been the most practical evaluation standard for the communist regime to maintain its legitimacy and public support. With a trade war intensifying with the US and the average people’s life affected by higher taxes out of tariffs in the months or even years to come, the Chinese government will be forced to balance the aim of its people and the ambitious goal of changing the world order.

Yuxuan graduated from the University of Pittsburgh, with a Master's degree on Public and International Affairs and a major in International Political Economy. He has worked as a Policy Research Fellow at the Charles Koch Institute.
View all posts by Yuxuan Liu »
« Cadence Column: Asia, August 20, 2018
Bolton says China meddling in US elections »

One thought on “Is China powerful enough to change the world order?”