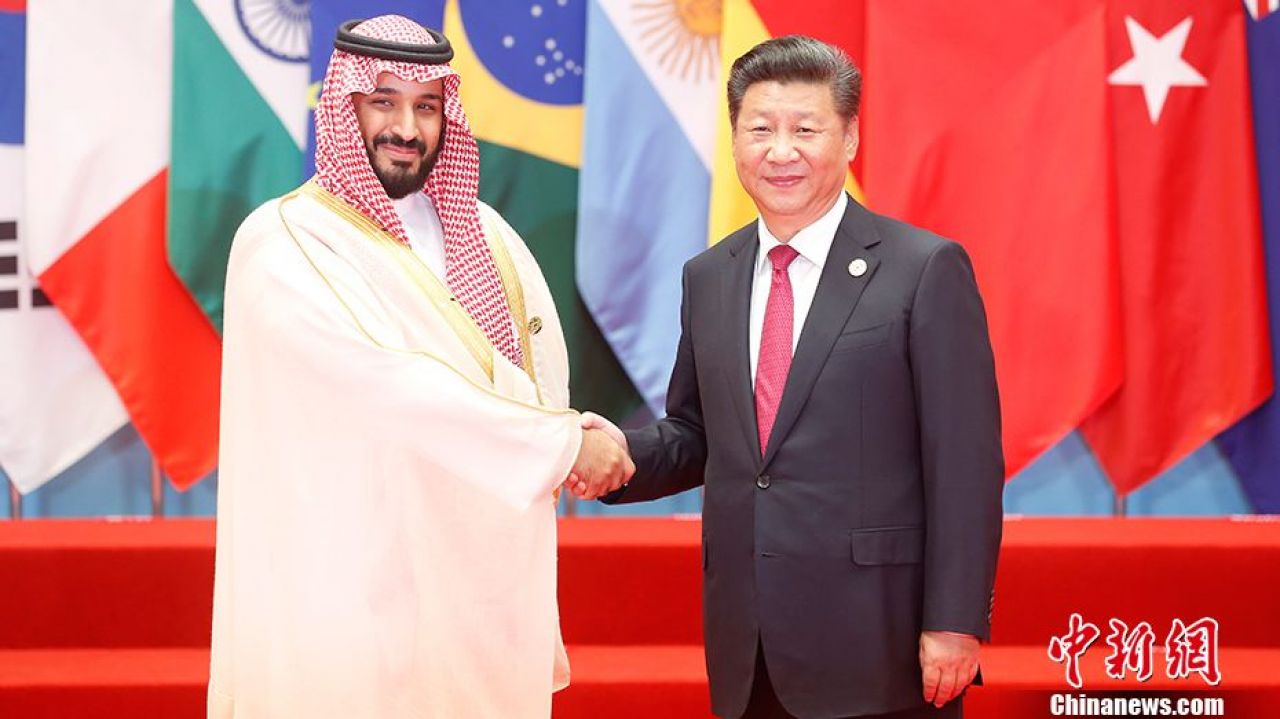 Saudi Arabia has been one of the closest US ally for years but some recent tiffs have seemingly impaired the bilateral relations – particularly after US excessive regulations on nuclear technology transfer, apparently to protect the interests of its peerless partner, Israel.

Riyadh does not have nuclear bombs and it is also a signatory to NPT. However, they established a nuclear research center, King Abdullah City for Atomic and Renewable Energy (KA-CARE), in 2010 to meet the country’s energy and water needs.

In an interview with US television on 15-March-2018, Crown Prince Muhammad bin Salman (MbS) said that his country isn’t interested in acquiring nuclear bombs but if Tehran develops such a weapon, Riyadh will follow suit as soon as possible.

Recently, US Deputy Energy Secretary Dan Brouillette said that the US would not help Saudi Arabia to develop nuclear technology without guarantees that it would only be used for civilian purposes – adding ‘as you know, this technology has a dual use and in the wrong hands, it becomes dangerous, dangerous world’.

The ex-ambassador to the US and UK uttered that the energy market is open. ‘We have France. We have Russia. We have China. We have our friends in Pakistan and in other places as well, so if they want to remove themselves from that market, well, that’s up to them.’

In a recent interview, the prince also decried Prime Minister Netanyahu for deceiving the Israeli public by making them believe that Palestine is a dead issue. ‘We don’t need Mr. Netanyahu to tell us the dangers that Iran poses. We see it on our grounds’, he added.

The Saudi diplomatic assaults comes at a time when there is a growing conviction in Washington defense circles that Saudi Arabia is pursuing a missile program with the help of China and Pakistan – cuing a major Saudi policy shift towards the East and hinting at a potential divergence from the US.

Speaking to CNBC, former Pentagon official Michael Rubin indicated that the ‘whiplash policy changes in Washington have had a negative impact in Riyadh’. ‘Saudi authorities are no longer going to be constrained by White House whispers. The Saudis are demonstrating that they can take matters into their own hands.’

Saudi Arabia does not possess weapons of mass destruction either. However, they bought a limited quantity of ballistic missiles of Chinese-origin in 1988. More recently, they are in discussion to procure medium-range missiles from Pakistan. These missiles are capable of carrying nuclear warheads but no evidence was found that the Saudis were interested in the nuclear option.

Saudi Arabia has always been ‘a friend in deed’ for Pakistan. It is widely believed that Riyadh has bankrolled Pakistan’s nuclear program. The Kingdom is the home of 2.5 million Pakistani expatriates and is also the largest source of foreign remittances from any country.

Pakistan has a long history of US sanctions, economic fragility, and balance of payments crisis. After sanctions were slapped on Pakistan following nuclear tests in May 1998, Riyadh immediately came to rescue Pakistan’s vulnerable economic conditions and provided 50,000 barrels/day of oil free of cost.

It provided $1.5 billion in 2015 to shore up Pakistan’s foreign exchange reserves and again in 2018, Saudi Arabia was the first country to have pledged $3 billion (already received) on concessionary terms. The latest investments worth $20 billion are the other paradigms of a unique, deep, and durable brotherly relationship between the two countries.

Unlike the United States, Riyadh has never grilled Pakistan by asking ‘you’re with us or against us’ but in return for its recurrent support for Pakistan, Saudi Arabia expects Islamabad to protect the Kingdom in case it faces any threat to its national security. Pakistan has unvaryingly responded to the Kingdom’s requests by stationing its troops for the Kingdom’s security.

As Riyadh is tailing in its indigenous missile and defense program, Islamabad can be instrumental to help Saudi Arabia in realizing in its ambitious plan, taking advantage of its strong military ties with time-tested friend, Beijing – and at a time, when Saudi Arabia is battered by Washington’s erratic policies.

China is already the largest trade partner of Saudi Arabia since 2013. In 2017, the bilateral trade between the two reached about $50 billion. Beijing has also welcomed Riyadh’s announcement to join the CPEC, a vital economic and strategic project that will have significant consequences in the region.

In October, Trump warned Saudi Arabia’s King Salman he would not last in power ‘for two weeks’ without the backing of the US military. ‘King – we’re protecting you – you might not be there for two weeks without us – you have to pay for your military.’

Taking all the protective measures, Riyadh is quick in quest to find new partners particularly in the defense sector. It has much to gain from Pakistan’s defense experiences after the South Asian country was abandoned by the US.

With Chinese help, Pakistan has succeeded in expanding its military industrial base – which is also a core Saudi initiative under Vision 2030. This also leaves China with an enormous opportunity to gain greater access to the substantial Middle East defense market, capitalizing the deep-routed Saudi-Paki ties.

Saudi Arabia is repairing its ties with Russia too. In October 2017, King Salman made the first-ever monarch’s visit to Moscow and signed preliminary agreements for buying S-400 air missile defense systems, Kornet anti-tank missile systems, and other defense equipment.

The historic King’s visit could have been facilitated by Pakistan after Islamabad decided to mend its bonds with Moscow over US military sanctions. In June 2015, Pakistan’s then army chief General Raheel Sharif visited the Kremlin to break the ice in Paki-Russo relations.

All the developments in South and East, the Middle East will have long-term global impacts since these regions contain the most emerging markets of the world so the future of economic growth of all countries sits here.

And in any case and under the given geo-strategic circumstances, the world could soon witness potentially a new Paki-Saudi-Sino-Russo strategic and economic bloc.

Based in Lahore-Pakistan, Azhar Azam adores to sharing his thoughts and opinions with the global audiences through the ogles of the commoners. He is working in a private organization as ‘Market & Business Analyst’ and is writing on domestic, regional, and global issues since late 2014. His main areas of interest are geopolitical and geostrategic issues; arms and ammunition; space and hybrid wars; contemporary forms of terrorism; global trade and businesses; western pursuance of interests in the world’s developing and underdeveloped economic and energy-rich zones; and worldwide human rights violations.
View all posts by Azhar Azam »
« China in deeper trouble if Trump not granted Nobel Peace Prize
Cadence Column: Asia, February 25, 2019 »