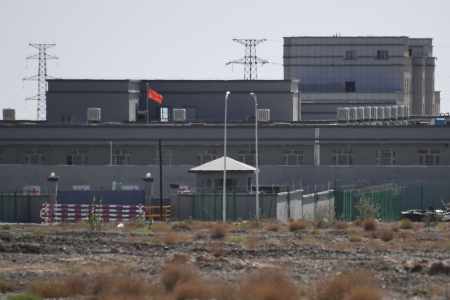 At a session of the U.N. Human Rights Council this month, 22 mostly Western ambassadors joined in a letter expressing concern about China’s mass detentions in the Xinjiang region and calling for “meaningful access” for “independent international observers.”

It was another tepid gesture in what has been a weak international effort to respond to Beijing’s campaign of cultural genocide against the Uighur ethnic group and other Muslim minorities.

What was remarkable was what came next. Four days later, countries recruited by Beijing delivered their own letter to the council, signed by 37 ambassadors, which endorsed what it whitewashed as a “counter-terrorism and de-radicalization” operation and claimed that “the fundamental human rights of people of all ethnic groups there are safeguarded.”

The signatories included the usual global rogue’s gallery — Cuba, Russia, North Korea, Venezuela. But a dozen Muslim governments also joined in — thereby sanctioning one of the largest assaults on Islam in modern times.

The statement represents a shameful capitulation by Pakistan, Saudi Arabia, Egypt, the United Arab Emirates, Algeria and other majority-Muslim states that frequently pose as defenders of the faith — especially when it involves condemning Israel. And it offers an augur of what international affairs will look like if the Chinese regime of Xi Jinping realizes its global ambitions: a world where most states meekly submit to Beijing’s dictates and endorse its crimes.

That abuses of historic magnitude are taking place in Xinjiang is now beyond question. According to outside estimates, more than 1 million Uighurs and other Turkic Muslims are being held in concentration camps where they are being forced to learn Chinese and abandon their own languages and religious practices. The children of those detained have been sent to separate camps to be indoctrinated. And the rest of the some 13 million Muslims in the region, which is twice the size of Germany, are subjected to intrusive monitoring by more than 1 million agents, as well as ubiquitous high-tech surveillance systems.

That Muslim nations would condone this record is testimony to Beijing’s ability to leverage its growing economic clout. A few of those that signed, including Pakistan and Tajikistan, are benefiting from billions of dollars in Chinese investments through the “Belt and Road” infrastructure program. Others are hoping for a share. Saudi Arabia, whose U.N. ambassador falsely claimed that the letter only addressed China’s “developmental work,” is desperate for foreign investment.

A few important Muslim countries resisted China’s lobbying and did not sign the letter, including Indonesia, Turkey and Malaysia. But none was brave enough to join in the Western letter, mild though it was. Perhaps they would show more determination if the United States was stronger in denouncing the genocide. But the Trump administration has been inconsistent, at best. On Thursday, Secretary of State Mike Pompeo, angered by what he said was China’s lobbying of governments not to attend a conference on religious freedom he hosted, called its treatment of the Uighurs the “stain of the century.”

Yet when a Uighur attending the conference spoke about the camps to President Trump, he appeared baffled, asking where in China they were before commenting, “That’s tough stuff.” It’s a short distance from that waffle to the full sellout by Saudi Arabia and Pakistan.

China News is a collection of original and reposted news and articles about China, collected from the best sites around the web. It is also a place for writers about China to promote their own sites.
View all posts by China News »
« Southeast Asia overtook US as China’s 2nd major trade partner, and why it matters
Cadence Column: Asia, July 22, 2019 »