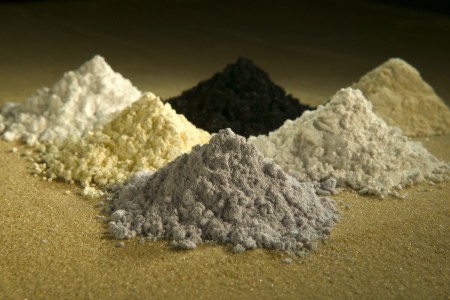 In an effort to secure the national security supply chain against China, the Pentagon is planning to stand up rare earth production sites in Australia.

The Australian government released a report Tuesday listing nearly $4 billion in projects proposed by more than a dozen mining and metals firms.

Rare earths are a group of 17 hard-to-mine elements and key components in many high-tech and military products, from cell phones to fighter jets.

China has a stranglehold on the market, and given its status as a competitor, U.S. defense officials believe that dominance is a vulnerability for the West.

“The challenge is really the processing of them and having facilities to do that. Because quite often, China mines them elsewhere and brings them back to China to process them,” Undersecretary of State Ellen Lord told reporters during a recent Pentagon press briefing. “So we are looking at a variety of mechanisms to stand up processing facilities. One, I think, of the highest potential avenues is to work with Australia.”

Lord and other officials discussed the plan with their Australian counterparts this summer, but rare earths have been an area of interest for the two allies for the last year.

“Continuity and guarantee of supply of rare earths and critical minerals is vital to a range of sectors, including defense,” an Australian defense ministry spokesperson told the Washington Examiner. “Cooperation with international partners is integral to this effort.”

Australian Defense Minister Linda Reynolds said Tuesday the government was collaborating with companies to make sure the policy environment is friendly to businesses looking to expand in the field.

A 2016 Department of Commerce survey showed 66% of respondents, most of them Pentagon vendors, reported importing rare earths. These minerals are used in a variety of defense applications, and China produced 70% of the world’s supply that year. The Chinese government has threatened to leverage this market dominance as it continues to battle with the Trump administration on trade.

“We’re concerned about any fragility in the supply chain, and especially where an adversary controls the supply,” Lord said.

Congress prioritized rare earths in next year’s defense budget bill, including a provision that would allow the Pentagon to develop capabilities in order to produce rare earths from coal ash, a by-product of burned coal.

Rep. Mike Gallagher, a Wisconsin Republican who has frequently sounded the alarm on China, told the Washington Examiner that rare earths were a key topic of discussion during his recent visit to Australia. He admitted a solution would likely be difficult to implement but is crucial to U.S. interests.

Don`t worry there is no significant man- made global warming. The global warming scare is not driven by science but driven by politics. Al Gore and the UN are dead wrong on climate fears. The IPCC process is a perversion of science.
View all posts by uwe.roland.gross »
« China refutes Trump’s claim it’s the source of fentanyl in the U.S.
Hong Kong leader Carrie Lam formally withdraws extradition bill that sparked mass protests »