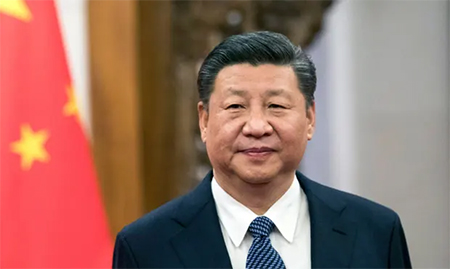 Many observers have warned that the Chinese could dominate the field of artificial intelligence. Maybe it will dominate them.

The potential impact of technology on the Chinese workforce could be driving Beijing to try again for a U.S. trade deal.

Lingling Wei and Chao Deng report in the Journal:

China is looking to narrow the scope of its negotiations with the U.S. to only trade matters, putting thornier national-security issues on a separate track in a bid to break deadlocked talks with the U.S.

Chinese officials are hoping that such an approach would help both sides resolve some immediate issues and offer a path out of the impasse, according to people familiar with the plan.

The shift comes as President Trump on Wednesday delayed tariffs on some Chinese imports.

Workers and investors have seen their share of head fakes about the direction of trade negotiations from officials in both governments. But the Journal report suggests the Chinese regime is willing to do more than buy soybeans:

In preparation for a new round of talks scheduled to take place in Washington early next month, Chinese negotiators are making plans to boost purchases of U.S. agricultural products, give American companies greater access to China’s market and bolster intellectual-property protections, these people said.

A key question has been how long Chinese dictator-for-life Xi Jinping can wait to resolve the trade dispute before many more U.S. companies move manufacturing out of China. He has some room for error in part because rising alternatives like Vietnam can’t compete with China’s massive workforce. But what if manufacturers decide they don’t need a massive workforce?

Just as demands for a higher minimum wage from politicians in the U.S. have encouraged burger joints to add touch screens instead of hiring more cashiers, Washington’s trade taxes on top of the cost of Chinese goods create a powerful new incentive to replace Chinese workers with technology.

Chris Hyzy, chief investment officer at Merrill and Bank of America Private Bank, says that many U.S. companies are now exploring automation as the answer to the trade dispute. He sees executives acknowledging that tariff levels may not return to pre-Trump levels and preparing to invest accordingly. For his part Mr. Hyzy isn’t expecting a substantive trade deal, telling Maria Bartiromo of Fox Business this week that the two sides may simply agree not to raise tariff levels even higher from current levels.

The rise of the machines can accelerate in the U.S. and in friendly foreign nations as well. This trend may not directly translate into the new U.S. jobs Mr. Trump wants, but it could result in the angry Chinese workforce Mr. Xi fears.

This column asked in May if former Vice President Joe Biden had peaked as a presidential candidate. Since then he’s lost eight percentage points of support in the RealClearPolitics average of polls covering the race for the Democratic nomination. This erosion in support has coincided with the candidate’s leftward drift on policy. Nevertheless Mr. Biden remains the most popular choice and a recent Morning Consult survey suggests that he still has room to grow his constituency.

Given the difficulty even committed leftists have in telling the policy difference between Sens. Bernie Sanders and Elizabeth Warren, one might assume that the withdrawal of either one from the race would allow the remaining extremist to quickly attract the departing extremist’s voters. But the Morning Consult poll finds surprising Biden strength when such voters are asked about their second favorite candidate for the nomination.

Mr. Biden—not Sen. Warren—is the second choice of voters who favor Sen. Sanders, according to the poll. And among Democratic primary voters who support Elizabeth Warren, it’s a close battle for second place between Mr. Sanders at 24% and Mr. Biden at 21%.

If this poll is accurate, it seems that either Mr. Biden’s move left has made him more palatable to Sanders and Warren voters, or these voters aren’t as fiercely ideological as their favorite candidates.

A Message from Carolina

Speaking of a fiercely ideological Democratic primary season, New York Times columnist David Leonhardt thinks it’s one reason “Democrats aren’t having a very strong 2019.” He writes that the party’s presidential candidates have “chosen to support — and in some cases emphasize — a few policies that are deeply unpopular, such as border decriminalization and the elimination of private health insurance.”

Are they turning off swing voters? Mr. Leonhardt adds:

Last year, in North Carolina’s 9th congressional district, a young Marine Corps veteran and moderate Democrat named Dan McCready lost a House election by just 0.4 percentage points, 49.3 percent to 48.9 percent. It was an especially impressive performance because Donald Trump won the district by almost 12 percentage points in 2016. Ultimately, the victory by McCready’s opponent was nullified because of evidence of ballot fraud, and the district scheduled a do-over election, without the Republican whose campaign committed fraud.

That do-over was held [Tuesday], this time with McCready running against a Trump-friendly state senator named Dan Bishop. And although McCready put up another impressive performance, it was weaker than his 2018 showing.

Of particular concern to Democrats is the Republican strength in an especially diverse area of the congressional district. “In Robeson County, registered Democrats still outnumber Republicans 60% to 13%,” reports Jim Morrill in the Charlotte Observer. He notes:

Phillip Stephens, the GOP chair of Robeson County, said conservative values pushed voters toward Bishop. Though criticized in some circles as the author of House Bill 2, the 2016 measure that required transgender people to use the bathrooms of the gender on their birth certificate in government buildings, it worked to his advantage in Robeson, Stephens said.

“When they called him the bathroom bill sponsor they thought they were attacking him,” Stephens said. “But in the rural areas that was seen as a compliment.”

China News is a collection of original and reposted news and articles about China, collected from the best sites around the web. It is also a place for writers about China to promote their own sites.
View all posts by China News »
« China excludes soybeans and pork from additional tariffs in a huge win for US in trade war
Pro-China protestors clash with democracy protestors in Hong Kong mall »