China’s J-20 stealth fighter is capable, but has some big flaws 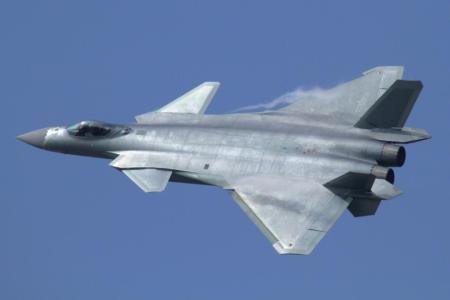 Reports say China put its stealth fighter — the J-20 — into service last month. The aircraft, built by the Chengdu Aerospace Corporation, is a twin-engine multi-role fighter that can reach speeds of 2,100 kilometers per hour.

It’s believed the J-20 will have two primary missions. First, it could be deployed as a long range air-to-air fighter capable of engaging aircraft such as tankers and intelligence reconnaissance planes used by the United States.

Secondly, the J-20 could be used to bypass air-defense systems and serve as a strike fighter to attack ships or destroy land-based targets such as communication facilities.

The J-20 has some notable flaws. Most experts agree the aircraft possesses excellent low-observable (LO) stealth characteristics from the front angle. However, the rest of the fighter’s design suggests the aircraft would be identified by radar systems from side or rear angles. This would likely limit China’s potential role as a deep-strike fighter.

The J-20 gives the People’s Liberation Army Air Force the capability to engage targets at distances up to 200 kilometers using the PL-15 air-to-air missile. It’s unclear if the PL-15 is fully deployed now, but it’s predecessor, the PL-12, can reach targets up to 100 kilometers away. That capability gives it a significant military advantage against its lesser rivals in the South China Sea.

A military conflict in the South China Sea between China and other claimants such as Vietnam, Taiwan, Brunei, the Philippines or Malaysia, would likely result in a decisive victory for China unless, of course, the United States intervened on their behalf.

Most of these countries do not have the capability to defend themselves since their naval and air forces are technologically inferior. In the case of Taiwan, it’s susceptibility to massive missile strikes from southern China make it nearly defenseless despite a strong military supported by US technology.

The aircraft would also be a “force multiplier” for any attack on Taiwan. China continues to assert its authority over Taiwan and any moves by the country to declare independence from Beijing would likely be met with a swift military response.

Many experts suggest that China would likely begin any large-scale military campaign against Taiwan by firing hundreds of cruise and ballistic missiles located in southern China. Rather than annihilating Taiwan with missile strikes and causing extraordinary loss of life, the J-20 could now be used to conduct a surgical strike against numerous potential targets.

These include television stations, radar facilities, and command-and-control facilities. Doing so would send a clear message to Taiwan: remain a part of China or risk further military attacks.

China’s new stealth aircraft will allow it to enjoy military superiority over its rivals in the region. The J-20 will also require the US to reassess its military tactics to ensure “soft targets” such as tankers and intelligence aircraft survive any military engagements between the two countries. China will not enjoy military superiority over the United States but its latest stealth fighter moves it closer to regional hegemony.

China News is a collection of original and reposted news and articles about China, collected from the best sites around the web. It is also a place for writers about China to promote their own sites.
View all posts by China News »
« Beijing’s policies uniting US interest groups against China
Stocks hit record on report that White House has reached China trade deal »

2 thoughts on “China’s J-20 stealth fighter is capable, but has some big flaws”