World War III is getting uglier 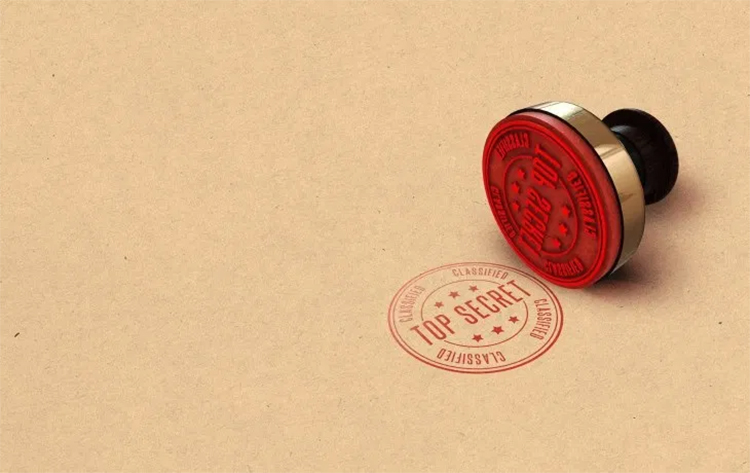 Continue Reading From Part 1: This is a regular working day in New York City, U.S.A. The lines outside the ATMs and Bank tellers are getting serpentine, and people are losing their patience, the banking servers have crashed.

In a short while stock market servers crash, and airlines  & train bookings are not accessible. Almost every online economic activity has ceased to exist, and it is happening across the country.

In a short while, mobile services stop, emergency response system 911 crashes, and water supply to the American population stops.

Then came the worst news, the power grids have crashed. The whole of America is a dark patch on the mother Earth, incommunicado; inaccessible, spiraling down the labyrinth. The United States is under attack, and the attackers are invisible.

The scenario is very scary and is not from any Sci-Fi movie. It could be a very much plausible war in the near future, happening in any city, in any country, across the globe. Are we, knowingly or unknowingly moving towards the last phases of World War III.

To put mighty America off-balance, China would once again draw heavily from its ancient wisdom. “Steal the Firewood from under the Pot”(Take out the leading argument or asset of your target, denying your enemy the resources needed to oppose you).

On 12 March this year, Song Zhiping, former party committee secretary stated, “China will turn crisis into opportunity. It will transform, upgrade, and strengthen its position in the international industry chain”. Beijing Administrative Review Committee put it this way: “With the globalization of the epidemic and the general frustration of the global economy, China’s drive for anti-epidemic manufacturing, including masks, medical devices, and technology systems can become new growth points for China’s foreign exports, thus providing strong support for China’s soft and hard power. The U.S. economy meanwhile will decline”.

Taking advantage of the pandemic, has China declared all-out chaos in the western hemisphere? Is China mixing and utilizing chaos, and subjugation theories together, or these are just Chinese mind games?  This unique combination of chaos and subjugation can be analyzed under the prism of Chinese psychological warfare steps:

A2/AD is a standard concept in a conventional war. It is an attempt to deny an adversary’s freedom of movement on the battlefield. China would take this concept to a different domain. This would cause the opponent to abandon a fight by altering his thinking, emotions, and persuading him that resistance is futile.

China identified two core strengths of the U.S., technological prowess and economic might, that were to be destroyed. China knows, to achieve this goal they should own the world’s data(military and civil), the network, and deny the same to the adversaries(refer my article China’s Information Warfare). The core thrust areas identified to achieve these objectives are:

Dominance in the 5G(100 times faster than 4G) sphere gives China a chance, to route the data via homeland. China’s Huawei is the world’s largest and cheapest telecom equipment company. Chinese subsidies to the tune of $75 billion are undercutting Huawei’s European and South Korean competitors.

However, It is getting resistance, the world over, due to espionage fears. To counter this fear China is making use of the best tool of communism, intimidation. China has threatened to scuttle a trade deal with Denmark and, retaliation against the German auto industry. Surprisingly the tactics are working, the UK, and Germany have gone against it’s NATO partner, the U.S.A., and have agreed to allow a partial entry for Huawei. 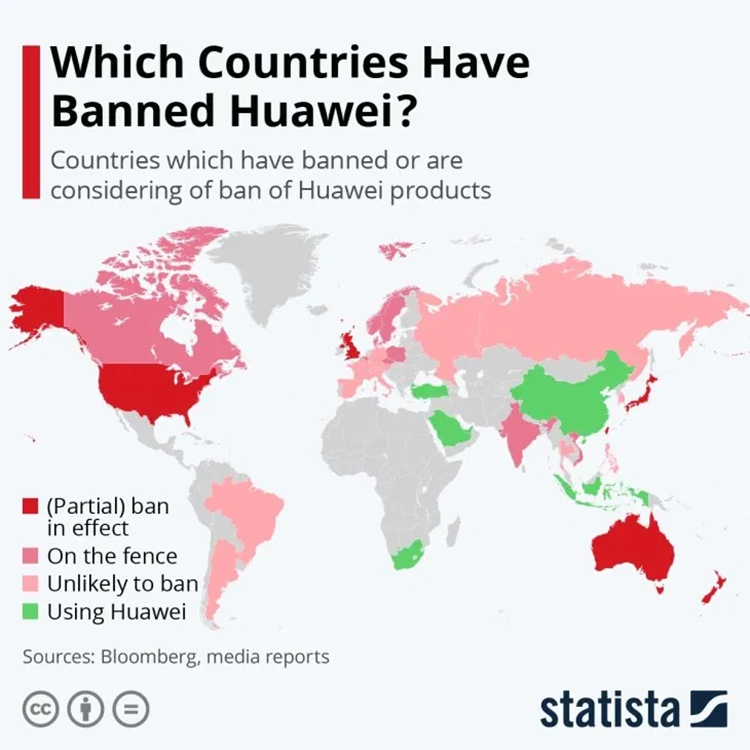 02 Countries That Have Banned Huawei

OTHER MEANS OF TAKING OWNERSHIP OF THE WORLD DATA

In 2015, Amazon Prime Video found a tiny microchip that wasn’t part of the original board design of their servers. Servers were supplies by Elemental Technology, and the motherboards by Super Micro Computer Inc. The technology had been used for Olympic Games, International Space Station, CIA drones, Defense data centers, and the U.S. Naval warships.

Amazon reported the discovery to U.S. authorities, sending a shudder through the intelligence community. Super Micro’s motherboards were in use all over America. Chinese spies had infiltrated Super Micro and checkmated America. The Americans had no clue, how much data had fallen in the Chinese hands. 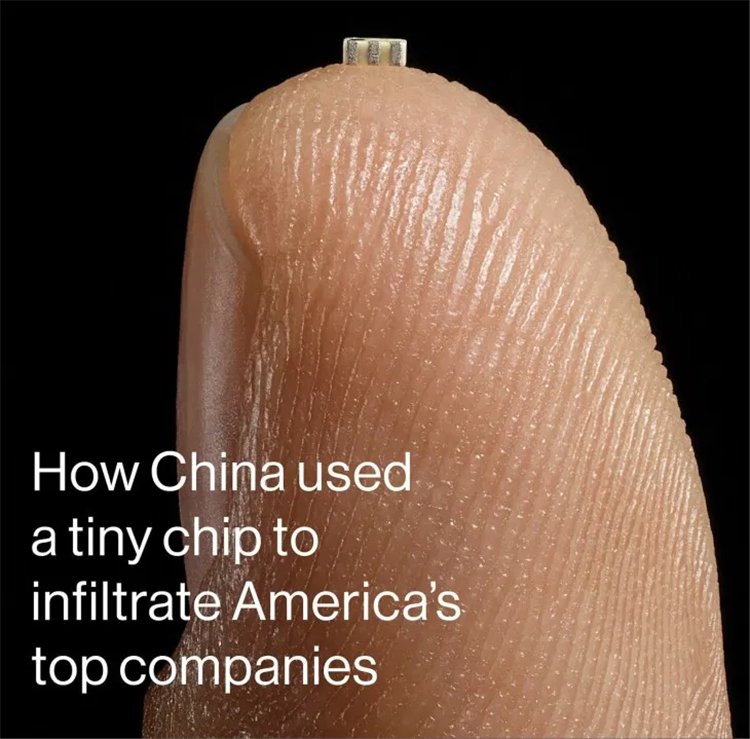 Internet is the best tool for hacking and stealing data. The Chinese hackers have capabilities to disable the DNS(internet) services, in the world. They can also disrupt power grids, cut the water supply, disable railways, or blow up factories. But the most dangerous aspect is that they can make mighty American fighter jets, F15 and F35($100 million apiece) useless, without firing a shot.

Hackers can hack into the fighter jet’s systems, and collect reams of data from video cameras and sensors while the jets are in flight. They can also shorten the range of missiles and other weapon systems.

Gathering data is a relatively easy task for China, but that plethora of data is of no use if one cannot extract useful information and make use of that information. To do that China is heavily investing in AI and Quantum Computer technology.

QUANTUM SUPREMACY AND THE END OF SPACE RACE

The conventional wisdom and systems are fragile and represent the World War II-era mentality. Quantum Computer is one path-breaking idea that has shaken all conventional ideas. The current 53-qubit quantum processor(Sycamore) needs only 200 seconds to complete a problem that would have required 10,000 years on a supercomputer.

Those are mind-boggling speeds and match the Chinese requirements. China is a leader in this domain and would love to dominate the rest of the world. Quantum computers would make current encryption and password systems useless. Quantum Technology, would help in detecting the stealth planes, ships(Stealth Radar), and submarines(Quantum Magnetometer).

However, the same technology would provide unique quantum stealth, jamming free positioning(QPS); and communication to own forces. China has the world’s first quantum lab and quantum science satellite, capable of sending quantum-encrypted messages. 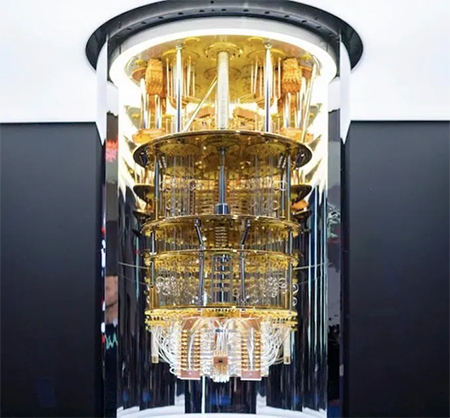 Once China harnesses such God-like powers, it would assign a ‘Social Credit Score’ to every human being existing on this planet. That exercise has already been completed in their own country, and it would be the rest of the world’s turn. China would be able to track each and every individual with impunity.

It would watch you from the CCTV outside your home, a satellite passing over you would keep a watch on all your movements, keep a check on your credit status, your eating and shopping habits. The most important aspect would be knowing your political views, so that dosage of fake narrative can be decided. Welcome to the Orwellian world of China. Watch this video to understand it better:

Chinese Way of life: Coming Soon in Your County

China owns anti-satellite laser weapons, which can permanently blind spy satellites and stops them from gathering information. Chinese hackers can shut down satellites, denying access to their services, jam, or spoof the signals from satellites, creating chaos for vital infrastructures like electric grids, water networks, and transportation systems. Hackers can change the satellite’s orbits and crash them into other satellites.

Hackers could also hack the satellites before their launch, and place artificially intelligent software routines (logic bombs) inside spacecraft control systems. These could be activated when a certain signal is received or an onboard condition is met. A similar kind of logic bomb could have been involved in the crash of India’s ‘Chandrayaan’, while it was landing on the dark side of the moon’s surface.

END OF CHAOS THEORY AND DEATH OF DOLLAR

Six years ago China’s Commerce Ministry on its official website had this flashing: “RMB will replace USD in the next 15 years”. The U.S. and the rest of the west laughed at it. In 2019, 90% of international transactions and 60% of all foreign reserves in the world were in U.S. dollars. But the midst of pandemic China has sounded the bugle of Subjugation. After years of wait, China’s government released a timeline for rolling out its new digital currency. Experts cite that China’s digital currency bypasses the SWIFT, which keeps track of all the transactions.

This would achieve two goals, firstly it would attempt to replace the dollar as a universal currency, secondly in the subjugation phase, the asymmetric war would be fought by militias, and their payments would not be traceable. However, rolling out the digital currency could be the implementation of another Chinese principal, ‘Beat the Grass to Startle the Snake’(Do something without aim, but make it so spectacular as to provoke a response of the enemy, thereby giving away his plans or position), since after the pandemic China is not sure, what western powers are planning.

The world is satisfied with China and is questioning the conspiracy theorists. Their question is ‘Why would China rock the boat?’. Frankly speaking, the world, and especially the western world doesn’t understand China and their line of thinking. China does longterm planning and with clearly defined goals. The present goals are based on principles of ‘Sacrifice the Plum Tree to Preserve the Peach Tree’(Sacrifice short-term objectives in order to gain the long-term goal) and ‘Injure yourself to gain the Enemy’s trust’(Lull the enemy into lowering his guard since he no longer considers you to be an immediate threat).

The present pandemic lowers the Chinese growth rate to 1.2% followed by 8% next year. However, all the western economies would be in recession, and by the time they would plan to recover China would use another arrow from its quiver.

Chinese technology, currency, economy, and fake narrative would rule the world. The world leaders opposing the Chinese writ would be removed, mostly by turning their people against them(e.g. Nepal, not certain about N Korea though). People of a certain age and above, world over could be dying due to a virus from human-monkey chimera developed in a secretive Chinese lab. The human-machine hybrid militia would roam the cities with impunity. A two million strong hackers team using AI and quantum computers would control every aspect of life, across the globe.

Hydrogen-Boron Fusion(HB11) would end China’s energy dependence on the Middle East, and plunge ME into a never ending civil war. Under the guise of regular military exercises, China would catch Taiwan off guard, and unify it with the mainland. However, the Quad fleets, stuck in their World War II mindset would be patrolling the high seas looking for unknown enemies, in the regular places. The difference between the people, who know and who don’t  would be worst than the dark ages.

The time is now or never, else Chinese dream of being sole Superpower by the year 2049 could fast forward to 2030, and all the Winston Smiths of the world would be learning Mandarin in their respective ‘Confucius Institutes’.