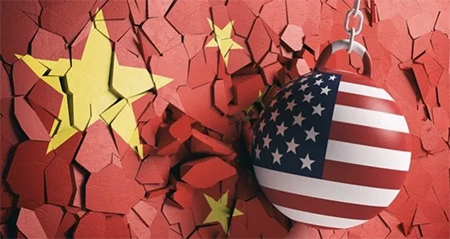 ”Anyone attempting to split China in any part of the country will end in crushed bodies and shattered bones.” – Chinese President Xi Jinping on a state visit to Nepal in Oct 2019.

The above statement clearly indicates the nervousness of the Chinese government. As they say, beneath every story; there is another story, and there is no smoke without fire.

In November 1956, while addressing Western ambassadors at a reception at the Polish embassy in Moscow, Soviet premier Nikita Khrushchev famously threatened them by stating, ”We will bury you!” (Russian: “Мы вас похороним!”).

Thirty-odd years later, there was no USSR. Today, China has created such a venomous environment in and around itself that it may go the USSR way sooner than later. One of the most well-known phrases in China is: “the empire, long divided must unite; long united must divide”. Perhaps CCP and Xi Jinping have forgotten this phrase. At Insightful Geopolitics, it is our assessment that China may take less than five years to reach that stage.

Fifty years back, the western world started propping up China in the hope that it would become an open society and a responsible country. In the bargain, the western concessions made China wealthy and powerful, threatening world peace.

It remains as authoritarian as it was in the 70s. It’s nefarious and exploitative activities have created explosive conditions in the South China Sea; the Indian Ocean Region, and with most of its neighbors. There is no doubt that the Chinese citizens have made impressive financial progress, however, they still feel like a canary in a coal mine.

China is on the boil, from the inside as well as from the outside. If the unacceptable Chinese activities go unchecked, then the world is heading for the Third World War. China in its present format is much more powerful and threatening than what Germany was in the 40s.

The news coming from within China reveals that the Chinese populace is ready to break free. In the next five years, China may not be the same, as we see it today. All responsible countries of the world have to work in unison to tame this menace. They must avoid the timidness that they had demonstrated before WWII. Let us analyze.

CHINA: A COUNTRY OF VAST DIVERSITY AND INEQUALITY

For an outsider, China may look like one compact unit, where all the citizens are similar, who dress in the same fashion, and eat the same kind of food, just like in the book, ’Mao Tse-Tung: Emperor of the Blue Ants’, by George Paloczi-Horvath. However, that is far from the truth.

Today’s China comprises of 56 ethnic groups. Han Chinese are majority group accounting for 91.59% of the population, and the other 55 make up the remaining 8.41%. China has 22 provinces, five autonomous regions(Guangxi, Inner Mongolia, Ningxia, Tibet, and Xinjiang), four municipalities(Beijing, Shanghai, Tianjin, and Chongqing), and two special administrative regions(Hong Kong and Macao). The following map depicts the cultural diversity of China.

China is reaching a tipping point and most of its regions could turn into free nations. Chinese government is trying hard to keep the focus on the Taiwan, Ladakh standoff and posturing against the US-led ’Quad’ in the South China Sea, to rally support for Xi Jinping. He is escalating the non-issues and standoffs to galvanise his dwindling support base.

The Communist Party is also facing major confrontations between party and people, and the emerging economic meltdown. More and more people are deciding not to believe in Jinping’s propaganda. The gap between poor and a handful of rich is widening. Only people with close connections with the top leadership and Jinping are prospering and that is the reason people don’t see a political reform in the CPC, which they so desperately want to uproot.

Looking at the above developments, China would get divided into seven or more different countries, excluding Taiwan, which is already a separate country. Leftover China would look somewhat like the map on the left side.

The Chinese territory would get restricted to the region, which is akin to the T’ang Dynasty map depicted above. This new country could consist of Beijing, Tianjin, Shandong, Hebei, Henan, Shanxi, Shaanxi, Shanghai, Jiangsu, Zhejiang, Anhui, Jiangxi, Hubei, Hunan, Sichuan, and Chongqing. It accounts for a major portion of the present-day population and one-fourth of the territory of the country. For the rebellion to be effective, it has to originate from this region.

The above map almost matches the high-density population areas of China. That means the majority of the present-day population of China would still be living in much smaller and weaker China.

REST OF THE COUNTRIES TO EVOLVE IN TIMES TO COME

06 Most Diverse Provinces of China

Yunnan, Guizhou, and Guangxi are physically, culturally, and historically much closer to Myanmar, Thailand, and Laos than Central China. The formation of a new country may result in a civil war, as many Han live there, and the ethnic minorities are not unified. 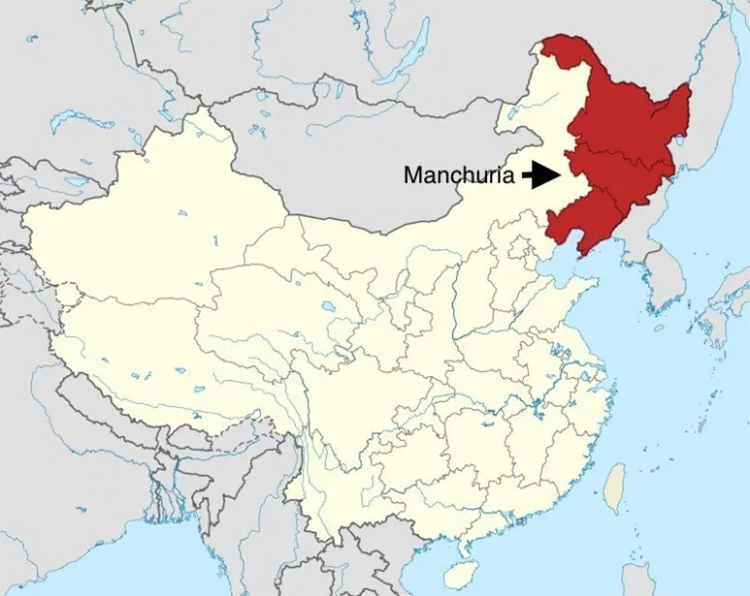 This region includes Liaoning, Jilin, and Heilongjiang. The 30 million unemployed and frustrated blue-collar workers would be the first ones to rebel in this region.

The land beyond the Great Wall has long captivated the Chinese with its aura of danger and romance. It may join the Republic of Mongolia or remain independent.

FOLLOWING WOULD GO THEIR WAY AT THE EARLIEST

This area consists of Hong Kong, Macau, Guangdong, and the island of Hainan. The area is relatively small but one of the richest.

If Xinjiang doesn’t remain one unit, it could split into North and South Xinjiang. The South will be a definite ” East Turkistan” full of Uighurs, the North will be a mix of Han Chinese, Mongols, Kazakhs, etc.

Tibet may go its own way or seek protection from the U.S., and India.

THE PATH TO SUCCESS IS A NOVEL APPROACH

The disintegration of China is the need of the hour. Chinese citizens and Asian countries are ready, but the West is still living in euphoria. These western leaders and strategists repeatedly make the same mistakes when dealing with an adversary like China. An analysis to achieve the desired results:

For the present-day Chinese youth, Mao has always been dead, and the ideas of Confucius are not exciting. For them, real China lives east of the Heihe-Tengchong line. They are upset with the CPC for squandering national wealth on unnecessary appendages of Xinjiang and Tibet.

The handling of COVID and the financial crisis it has put the country into, negative economic growth, falsified financial data, and spending national wealth on faraway countries on defunct programs like OBOR are angering the Chinese youth. The disparity in China is at an all-time high between the haves and have-nots.

Citizens are waiting for a catalyst to start a moment. They take part in over 500 demonstrations across the country on a daily basis. However, CPC disperses them before these demonstrations can take the shape of a moment. These are the most important reasons which would give rise to rebellion from within and Hans would be the mainstay of this rebellion. They are just waiting for a helping hand.

“These are the series of articles predicting the fate of China in the times to come. Data used if any is available in the public domain. Copyright © 2018-2020 Insightful Geopolitics. All rights reserved. This article or any portion thereof may not be reproduced or used in any manner whatsoever without written permission.”

One thought on “2025: End Game China – The Balkinization”