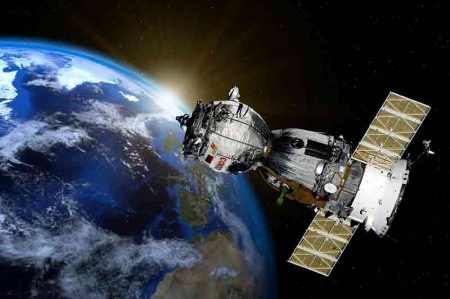 The BeiDou-3 System (BDS) was officially commissioned by Chinese President Xi Jinping on Friday and is intended to compete with GPS of the United States, Russia’s Glonass and the European Union’s Galileo.

BeiDou spokesman Ran Chengqi said China’s “conquering of core technologies” and its attainment of self-reliance were the top achievements in the decades-long development. Speaking in Beijing on Monday, he said more than 500 key components for BDS had been “100 per cent made in China”.

Ran said China would continue to encourage Chinese enterprises to produce computer chips and other components for the BeiDou system through the use of tax policies, provisions of loans and the protection of intellectual property rights.

BDS is the latest stage of China’s satellite navigation system which has been in development for at least 30 years, gradually extending from domestic coverage, to the Asia-Pacific region and now to global positioning to within 10cm (four inches).

Ran said BeiDou products – including services for “smart ports” or surveying projects – had been sold to more than 120 countries. The overall output value for the system is expected to reach 400 billion yuan (US$57.3 billion) by the end of 2020, up around 16 per cent of the 345 billion yuan produced in 2019.

The launch of BDS will expand China’s global footprint in providing technological products to the world, and likely fuel China’s intensifying competition with the United States, which has long accused China’s rising tech firms like Huawei of competing unfairly with Western firms.

Though Ran made no mention of specific rivals, a commentary from state news agency Xinhua last month said the development of BDS indigenous technology would help China guarantee its own national security, against Washington’s “descending technological iron curtain”.

Ran said BDS was developed in cooperation with other international systems from the US, Russia and the European Union. “Of course, this is only the first stage,” he said.

Despite competition with existing services, BeiDou operators have worked with existing systems to ensure compatibility. US and Chinese officials have met regularly since 2014 to ensure interoperability between BDS and GPS, according to state department documents published last year.

Information exchange between the Galileo and BeiDou systems were part of the architecture of the EU-China strategic agenda for cooperation 2020, a document that has guided relations between the two parties for the past five years.

Author of the book "Tiananmen's Tremendous Achievements" about how with the help of Tiananmen Protests, talented scholars with moral integrity seized power in the Party and state and brought prosperity to China. The second edition of the book will be published within a few days to mark the 25th anniversary of Tiananmen Protests All the parts in the first edition remain in the second edition with a few changes due to information available later and better understanding. There are also some changes for improvements of style. The new parts are Chapters 12-19 on events in China after the first edition was published: The fierce power struggle for succession between reformists and conservatives; Xi Jinping winning all elders’ support during his mysterious disappearance for 2 weeks in early September, 2012; and Xi Jinping Cyclone. Chan Kai Yee's new book: SPACE ERA STRATEGY: The Way China Beats The US An eye-opening book that tells the truth how the US is losing to China. The US is losing as it adopts the outdated strategy of Air-Sea Battle while China adopts the space era strategy to pursue integrated space and air capabilities: It is losing due to its diplomacy that has given rise to Russian-Chinese alliance. US outdated strategy has enabled China to catch up and surpass the US in key weapons: Hypersonic weapons (HGV) that Pentagon regards as the weapon that will dominate the world in the future. Aerospaceplane in China’s development of space-air bomber that can engage enemy anywhere in the world within an hour and destroy an entire aircraft carrier battle group within minutes. Anti-satellite (ASAT) weapons, anti-ASAT weapons, stealth aircrafts, drones, AEW&C, etc. The book gives detailed descriptions of China’s weapon development based on information mainly from Chinese sources that the author monitors closely. U.S. Must Not Be Beaten by China! China is not a democracy. Its political system cannot prevent the emergence of a despotic leader or stop such a leader when he begins to bring disasters to people. A few decades ago, Mao Zedong, the worst tyrant in world history did emerge and bring disasters to Chinese people. He wanted to fight a nuclear war to replace capitalism with communism but could not bring nuclear holocaust to world people as China was too weak and poor at that time. If a despot like Mao Zedong emerges when China has surpassed the US in military strength, world people will suffer the misery experienced by Chinese people in Mao era. China surpassing the US in GDP is not something to worry about as China has the heavy burden to satisfy its huge population, but China surpassing the US in military strength will be world people’s greatest concern if China remains an autocracy. US people are of much better quality than Chinese people. What they lack is a wise leader to adopt the correct strategy and diplomacy and the creative ways to use its resources in developing its military capabilities. I hope that with the emergence of a great leader, the US can put an end to its decline and remain number one in the world. China, US, space era strategy, air-sea battle, space-air bomber, arms race, weapon development, chan kai yee
View all posts by chankaiyee2 »
« The weird world of China – 04 August 2020
The weird world of China – 05 August 2020 »